Total Siyapaa has been garnering positive feedback since its first theatrical trailer was released in November, with many predicting it to be one of the funniest rom-coms to come out of India in a generation. Billed as an ‘urban-ist rom-com’ with the feel of a Brit-Asian cross-over film, Total Siyapaa, produced by Reliance Entertainment, Friday Filmworks and AKA Films, is a roller-coaster ride of hilarious mishaps which ensues when Pakistani rockstar Aman (played by the multi-talented actor and musician Ali Zafar) meets his British-Sikh love interest Asha’s (played by Yami Gautam of Vicky Donor fame) battle-axe Punjabi mother (Kiron Kher).

The film is directed by E Niwas (My Name Is Anthony Gonsalves) and the script is penned by Neeraj Pandey, who is famed for his award-winning dramas A Wednesday and Special Chabbis. The forthcoming soundtrack for Total Siyapaa sees the lead actor Ali Zafar taking up the task of a composer, lyricist and singer, as well as acting in the film. The album is made up of five tracks, which all feature the super-talented Ali Zafar, who has written the material along with Aqeel Rubi and Kumaar. The album leads with the title track, ‘Total Siyapaa’, a quirky, yet retro number, with a Punjabi feel. The track combines humorous lyrics with dialogue from the film and the star cast.

The title track perfectly complements the film’s trailer, while highlighting the plot of the film and the comical punchlines. Ali Zafar has yet again shown is undeniable talent and versatility with the soundtrack for Total Siyapaa by incorporating a variety of styles, including Arabic vibes. 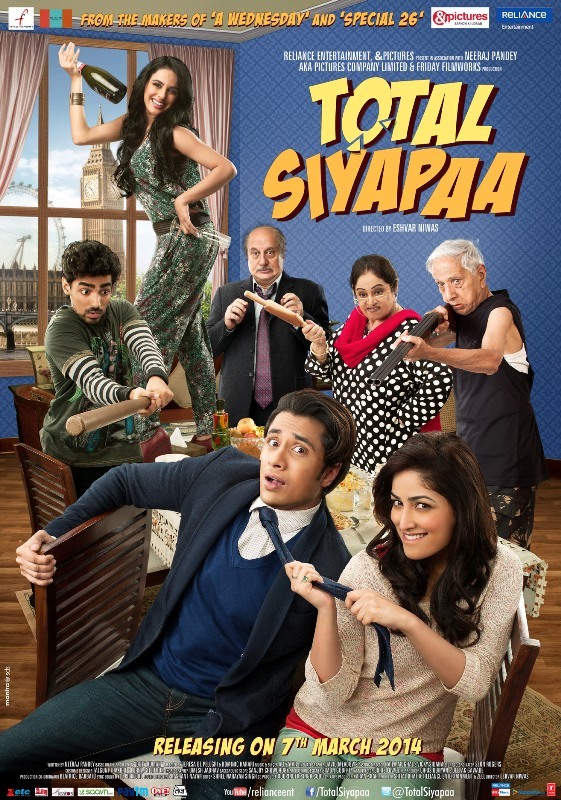 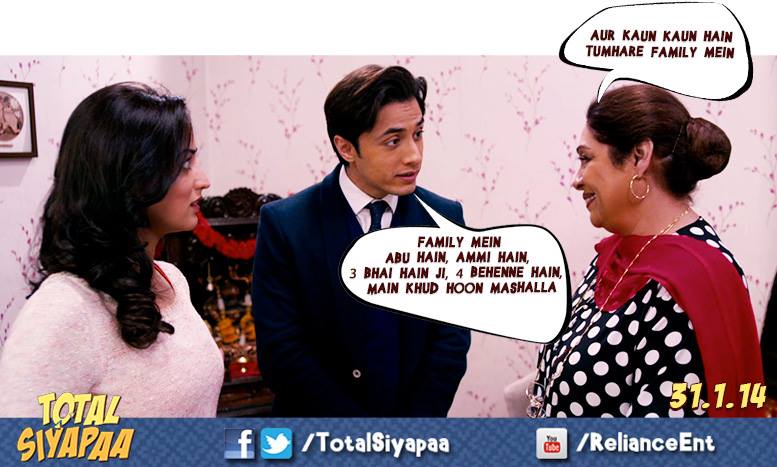 Total Siyapaa is set to tickle the comical senses of global audiences when it releases on 7th March 2014. The film will not only be a cultural bridge but will also breakdown the common misconceptions between India and Pakistan, whilst helping you to deal with that most formidable of adversary – the future mother-in-law!