In the northeast part of the US, at least, it is cold and it is definitely making us New Englanders dream of food. For all of us dreaming of food, as well as other travel and culinary enthusiasts, few ventures are more sought-after than the adventurous culinary vacation. Food aficionados are leaving the comfort of their own kitchens to travel the globe and cook alongside expert chefs, learning the best techniques in dish preparation, spice selection and the secrets of indigenous ingredients! Vikas Khanna, one of the top desi chefs, is one such chef that people are seeking out.  So, go grab your chef’s hat and read on to learn why!

For those who are unable to take several weeks off to discover the wonders of international cuisines, “Return to the Rivers” brings the culinary expedition to you! Take a gastronomic tour with Vikas Khanna, award-winning Michelin-starred Indian chef, restaurateur, filmmaker, humanitarian and the host of the TV show MasterChef India. Both a cookbook and a travelogue, Khanna’s newest book has all the ingredients (pun intended) to become your go-to cookbook! The book takes us on a pilgrimage across the Himalayas as he delves into the culture and tradition surrounding these sacred pathways—everything from finding local ingredients to serving this incredible food. 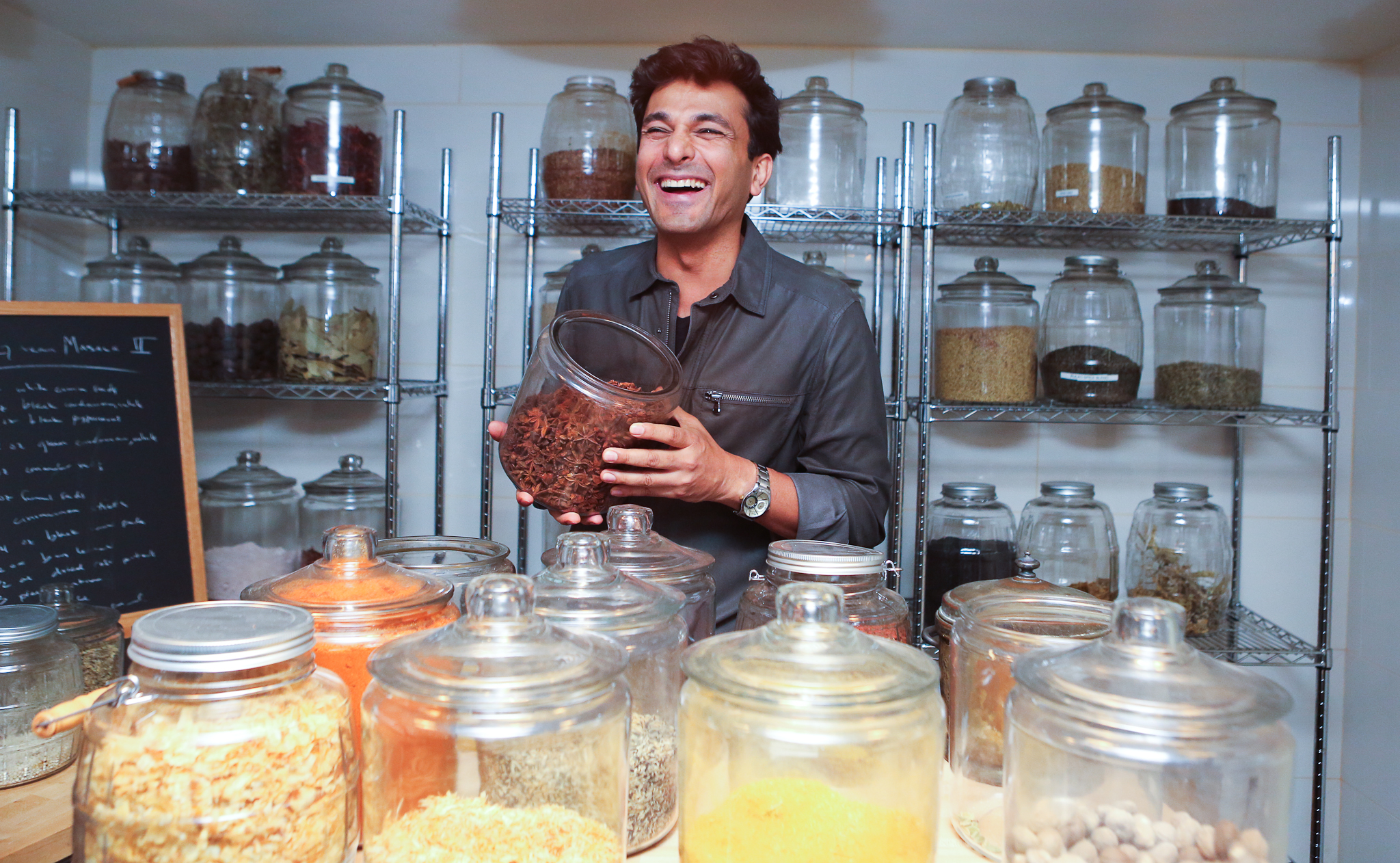 Vikas Khanna, along with Lake Isle Press, launched “Return to the Rivers” at an exclusive media event on Tuesday, January 28 at Junoon Restaurant. Return to the Rivers boasts nearly 500 pages, and 100 full-color photographs of plated dishes, exotic travel experiences, and personal and thoughtful musings that preserve the traditions, values and simple gifts that the Himalayan people bestowed upon Khanna. 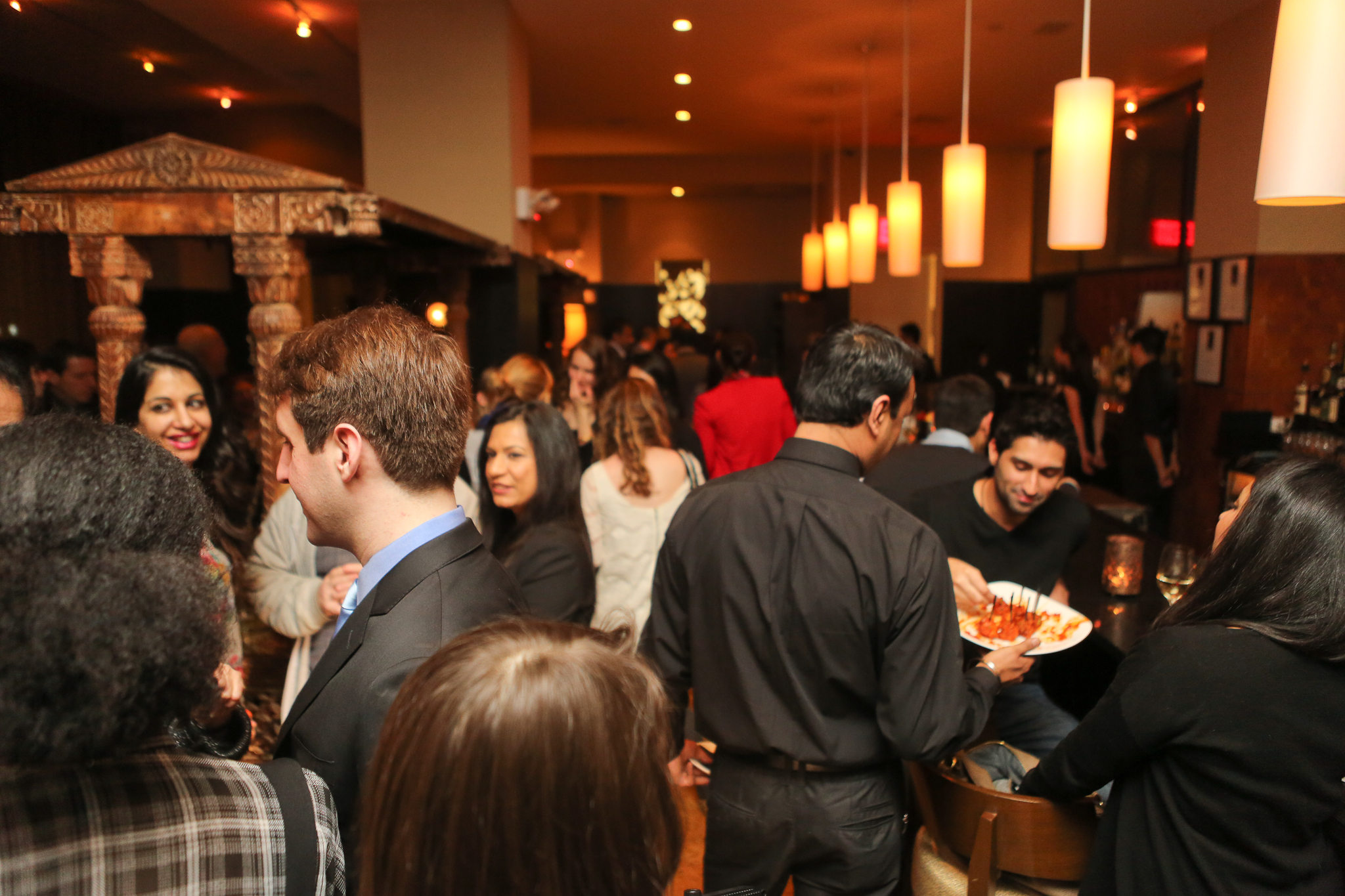 Khanna’s spiritual and culinary journey through the Himalayan heartland brings foodies and travel enthusiasts some of the best recipes and culture from northern India, Bhutan, Nepal, Tibet and western China. 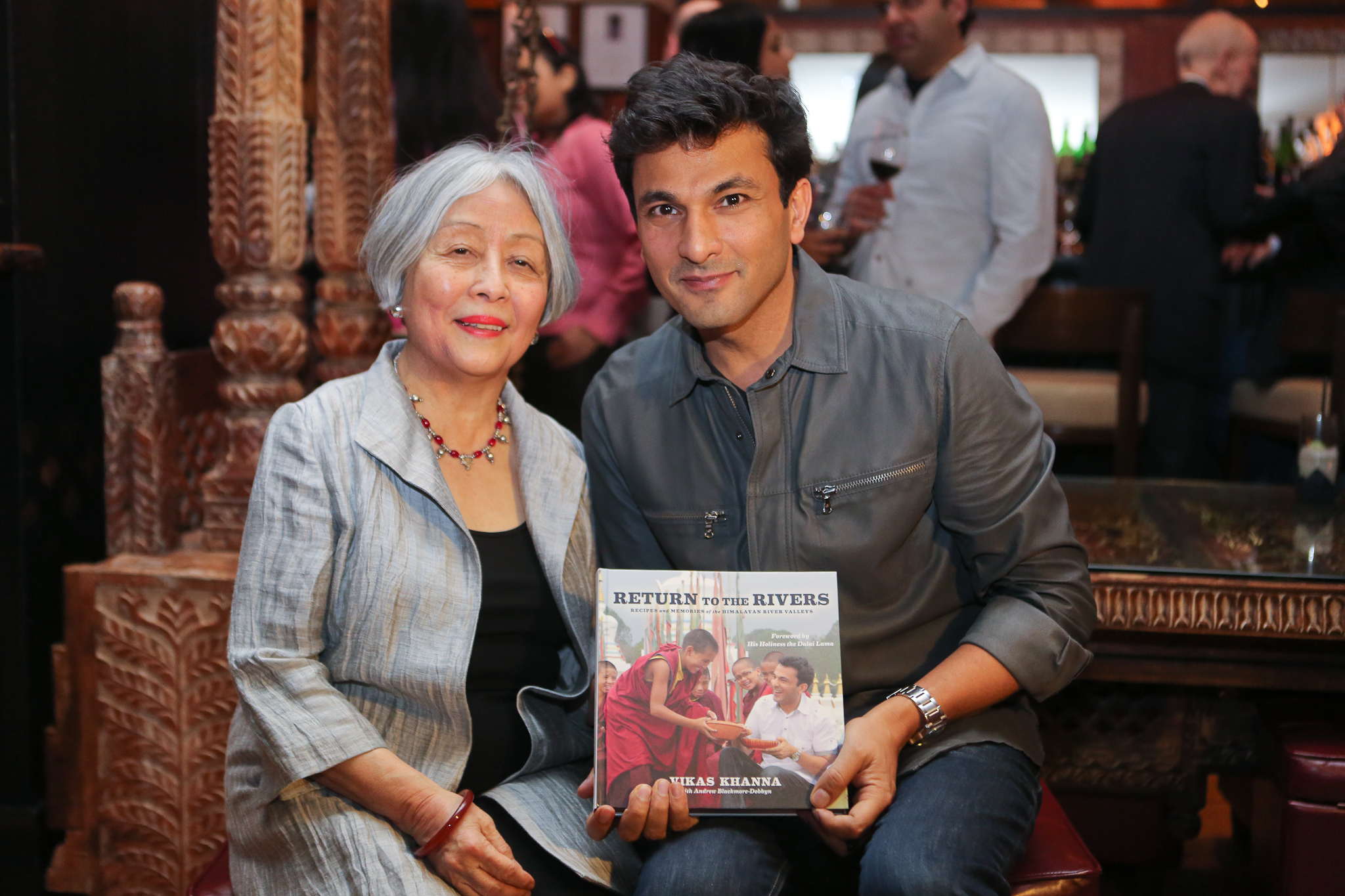 Khanna’s book explores a wide variety of cultural delicacies, as it is organized by Street Foods; Soups and Noodles; Grains; Vegetables; Fish; Poultry, Eggs and Cheese; Meats; Breads; Condiments; Desserts; and Beverages. There’s even a section dedicated to the ever popular Momo, and the many ways in which to fold these iconic little dumplings. 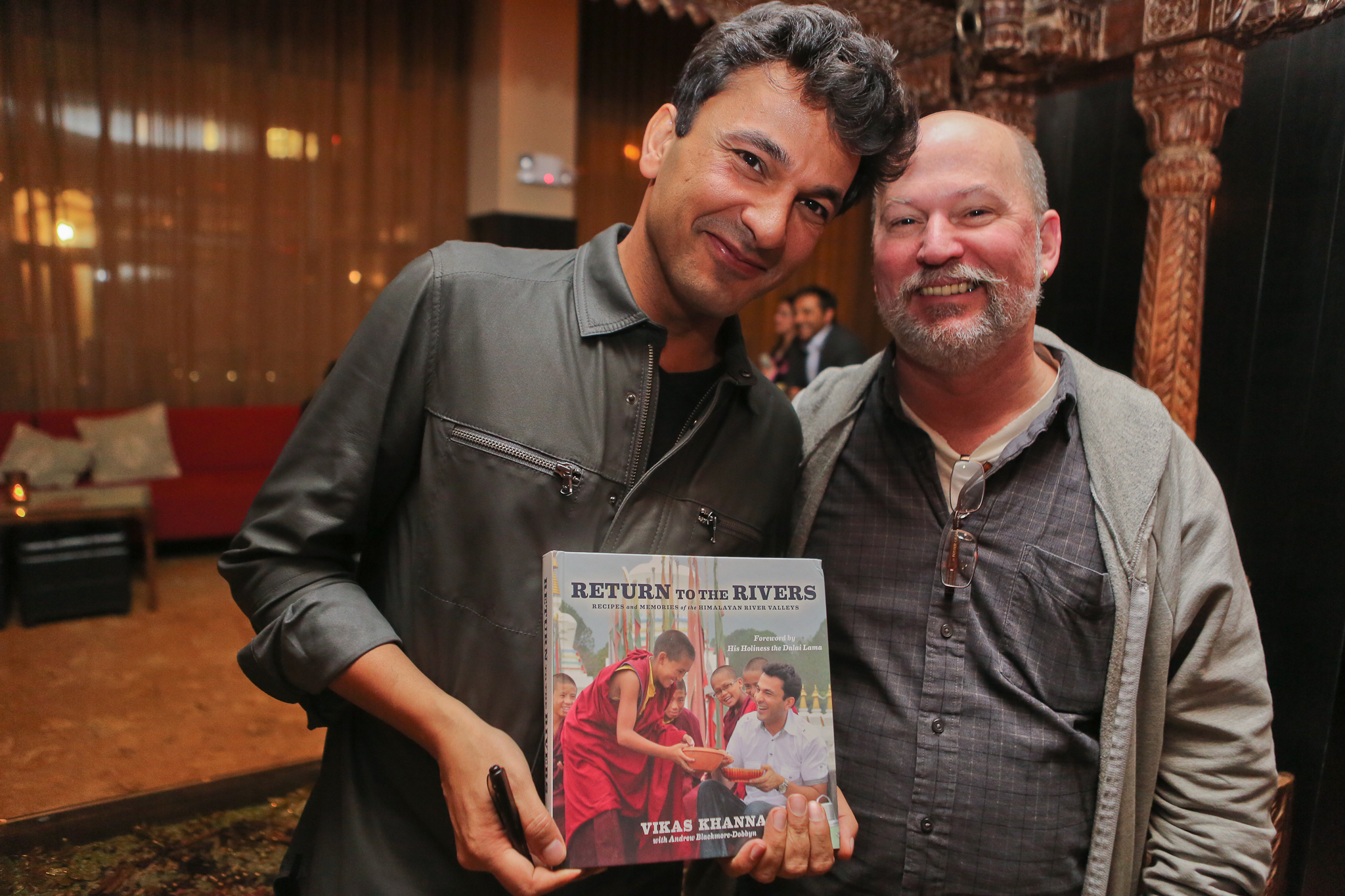 Recipes include everything from savory dishes like Durbar Square Chaat Piti, one of the most popular roadside snacks in the Himalayas, to the Vaishno Devi Chickpeas Masala that travelers bring on their pilgrimages to seek favor at the Vaishno Devi Temple. Khanna even gives pointers for the perfect way to cook Spicy Fried Tofu with his own Tibetan Chile-Garlic Paste recipe. 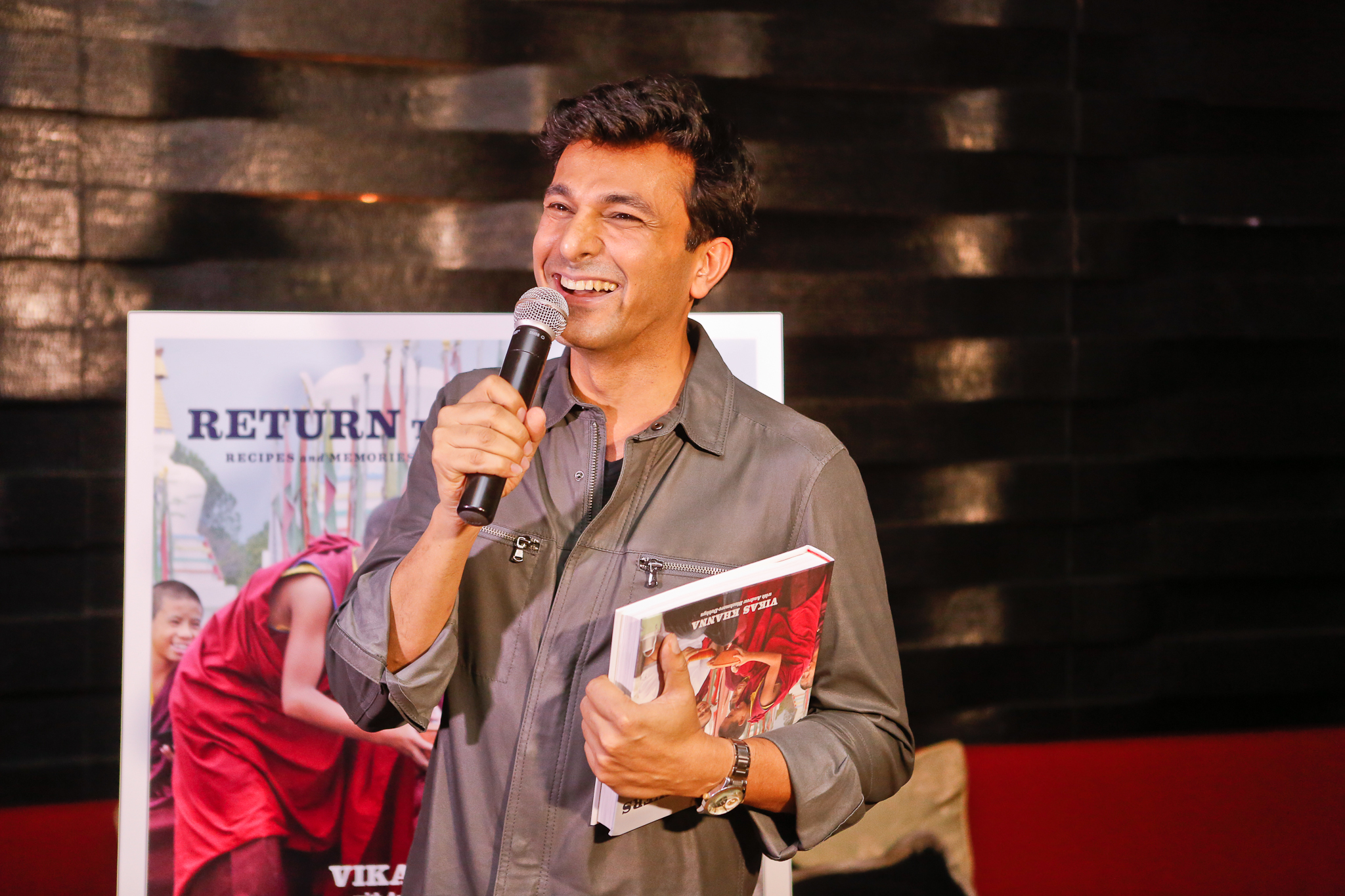 “Return to the Rivers” also features Lamb Rogan Josh, the signature dish of Kashmir, as well as Saffron-Yogurt Fish Curry and a variety of naans and curries that make use of an eclectic bouquet of spices that defines Himalayan cuisine. Khanna also shares a few exotic delights, as he gives his recipe for Tibetan Steamed Lotus Bread and recounts the journey that led to his affinity for Tsampa Butter Tea. Connoisseurs of sweets and desserts will be smitten by his recipes for Bhutanese Rose Pastries and Kulfi, the Indian ice cream of Khanna’s childhood.

Your mouth must be watering by now! So, what are you waiting for? Go buy “Return to the Rivers!”

“Return to the Rivers”
Recipes and Memories of the Himalayan River Valleys
by Vikas Khanna
with Andrew Blackmore-Dobbyn
Foreword by His Holiness the Dalai Lama
Hardcover/444 pages/ ISBN: 978-1891105-53-1
Lake Isle Press