Love is in the air and the day for which you love birds were waiting for so long is just around the corner. Some would have planned for the candle light dinners while others would have plans for long drive and outing. You must have made big plans to make this day memorable for your Valentine. But if you are among those species who haven’t made any plans and still thinking to make this day memorable for your Valentine. Here is an idea! Why not celebrate it in style?
Catch one of the mushy romantic movie on DVD with your loved one and let love blossom. We have compiled a list of ten such recent flicks from 2011 to 2013 in chronological order. 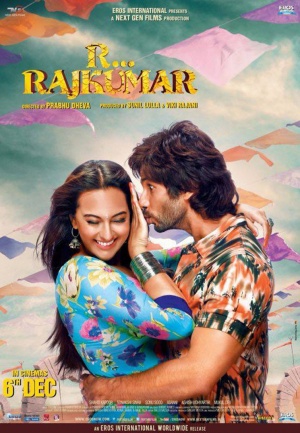 Lootera, is a 2013 Bollywood period romantic drama film directed by Vikramaditya Motwane and partly based on author O. Henry’s 1907 short story The Last Leaf. It is the second film directed by Motwane after his critically acclaimed film Udaan

Raanjhanaa is a 2013 Indian romantic drama film, directed by Anand L. Rai and written by Himanshu Sharma. The film is produced by Krishika Lulla under the banner Eros International

5) Student of the Year

http://www.youtube.com/watch?v=g7W8c-mFeG0
Student of the Year is a 2012 Indian coming-of-age romantic comedy film directed by Karan Johar and produced by Hiroo Yash Johar under the banner of Dharma Productions and Gauri Khan in collaboration with Red Chillies Entertainment
Watch Here : http://erosnow.com/#!/movie/watch/1004831/student-of-the-year

Barfi! is a 2012 Indian romantic comedy-drama film directed, written and co-produced by Anurag Basu. Set in the 1970s, the film depicts the story of Murphy “Barfi” Johnson and his relationship with two women, Shruti and Jhilmil 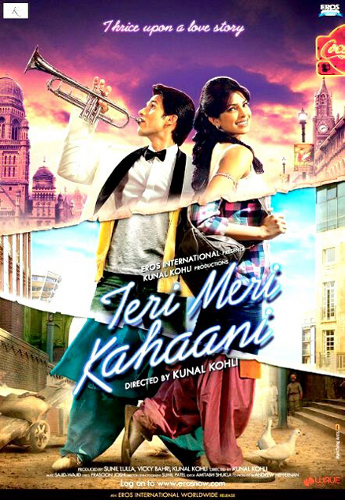 Kunal Kohli’s 2012 Hindi romance film. The film is a romantic love story directed by Kunal Kohli and stars Shahid Kapoor and Priyanka Chopra who are working for the first time after the Blockbuster Kaminey
Watch Here : http://erosnow.com/#!/movie/watch/1004560/teri-meri-kahaani