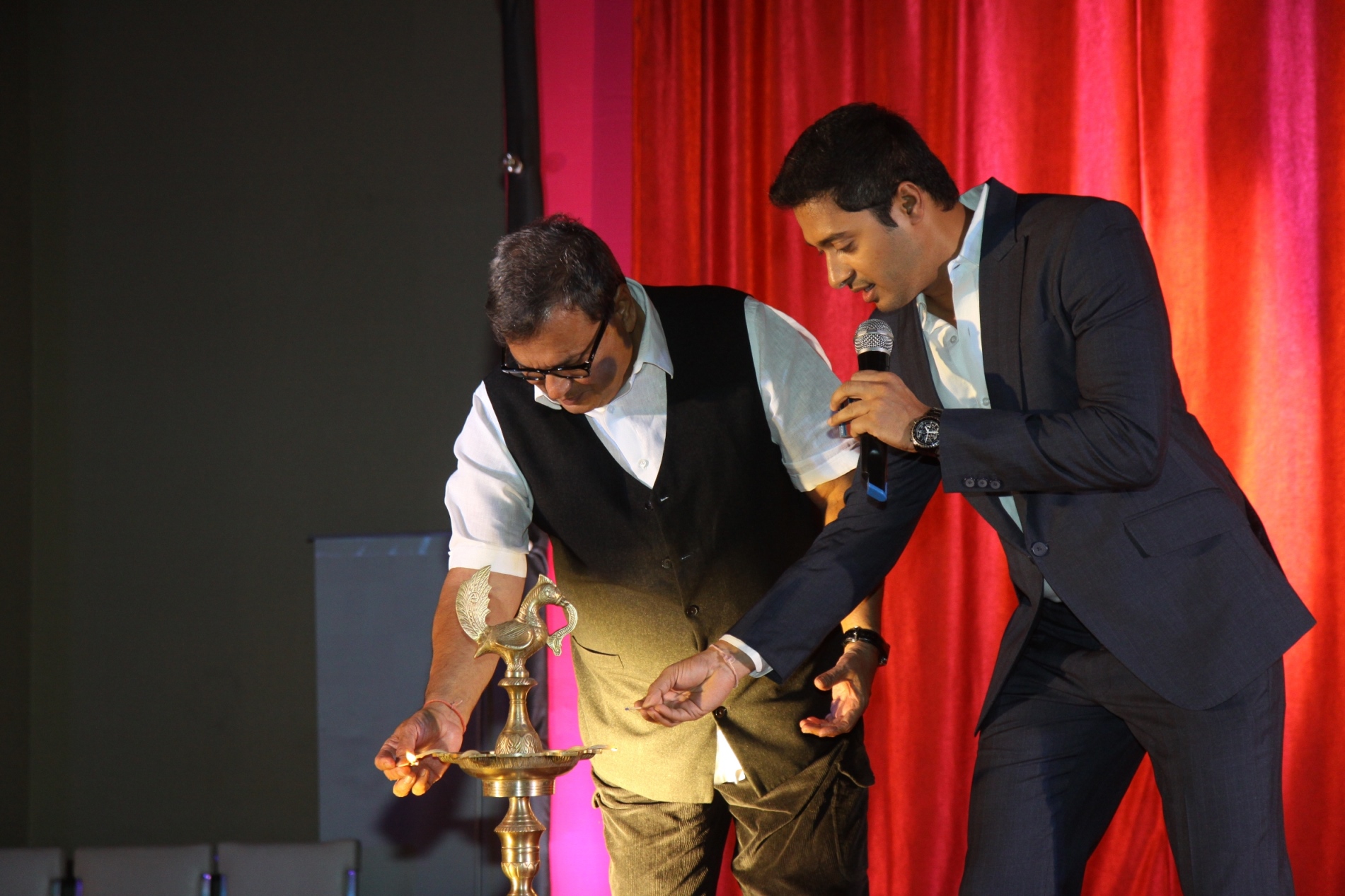 Actor-Producer Shreyas Talpade today announced the launch of his second home production under his banner Affluence Movies private limited – ‘Poshter Boyj’. His first Marathi film Sanai Chaughade was a super hit that was well received by critics and audiences alike. To be directed by Sameer Patil, key highlight of the film includes its music, which for the first time in Marathi cinema, would feature none other than Lesle Lewis, and a promotional number which would feature Shreyas Talpade himself.

The movie was launched at a specially designed evening at a suburban hotel by Bollywood front man Subhash Ghai. Subhash Ji along with Deepti Talpade unveiled the logo of the film amongst a gathering of industry frontrunners, media, friends, family and the cast of the movie including Dilip Prabhavalkar, Aniket Vishwasrao, Hrishikesh Joshi, Pooja Sawant, Neha Joshi, amongst others.

Speaking at the occasion, an emotional Shreyas said:

“Today is a very emotional moment for both Deepti and me. When Deepti and I decided that we need to take what started with Sanai Choughade to the next level the obvious plans included producing a series of high content entertaining Hindi movies as well, which we will do going forward. But our heart said that our second project had to be a quality Marathi movie that would be content driven as well as completely entertaining, both at the same time. It has taken us a whole five years to get that one ever elusive script which we felt would be the right base for this venture. Poshter Boyj we are confident, will be as big a hit if not bigger than Sanai Chaughade.”

To be shot across Western Maharashtra and with a planned second quarter 2014 release, other credits include story and dialogues by Sameer Patil, screenplay by Sameer Patil and Charudatt Bhagwat, and cinematographer by Pushpank Gawde.