The film which made Bollywood talking and the Hindi Cinema enjoy the passion of films! Sholay, which created history in Indian cinema by celebrating silver jubilee in over 100 theatres across the country in 1975, is all set to recreate the same magic in 3D. Sholay Media & Entertainment Pvt. Ltd. & Pen India Pvt. Ltd. have collaborated with Ketan Mehta’s Maya Digital Studios to create the 3D version of this cult classic. 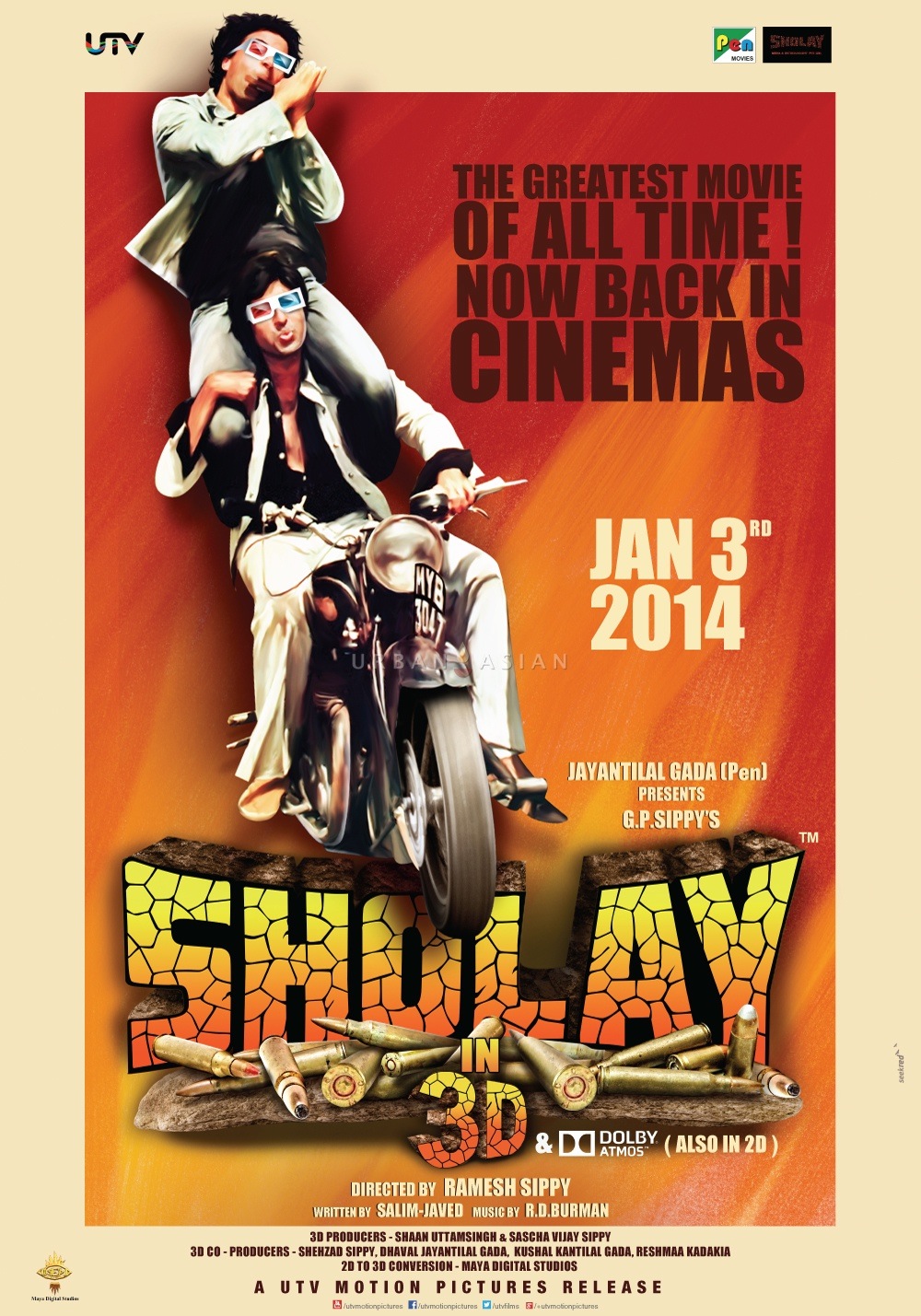 While every Indian has unquestionably watched Sholay, the new generation has been deprived of watching it on the silver screen. A team of 350 people worked for more than a year under the leadership of Siddhartha Jayakar, who is a veteran in the field of computer animation, visual effects and conversion from 2D to 3D.

“Jai-Veeru, even today, are icons of true friendship and the essence of standing up for one’s rights. Indians have loved Sholay with all their hearts. Many of them had the chance to watch it on the big screen, but Sholay 3D will give a second chance to those who couldn’t. We hope that this film gets all the love that the original movie received.”

“It is a great honour for Shaan, Shehzad and myself to have the opportunity to re-present this cult classic to the next generation. We hope that all of our hard work and efforts are well received and that all the fans and their children enjoy SHOLAY 3D!”

Sholay 3D, presented by Pen India Pvt. Ltd, is slated to release Jan 3. The producers are also trying to get a month long window for the classic in 3D. Directed by Ramesh Sippy, Sholay gave the Indian cinema some of the most unforgettable characters including Jai- Veeru, Basanti, Thakur and Gabbar Singh. The producers of Sholay 3D have released vibrant posters with all the iconic characters sporting 3D glasses.

The revival of this legendary film in theatres has movie-goers across the globe, excitedly looking forward to experiencing the magic of Sholay in 3D!

Get ready to put those glasses on as Sholay 3D comes back to town!