After Superman, Spiderman, Iron Man and Batman, gear up to witness the next superhero sensation to hit screens globally with KRRISH in ‘Krrish 3’. A marvel in the superhero revolution, ‘Krrish 3’, is a newest rendition of the superhero genre, led by international cinema supremo.

High on superheroes, special effects and thrilling action, the trailer for the most anticipated film of 2013, ‘Krrish 3’, has been launched to raving reviews from celebrities, film pundits, media and fans alike. Launched by director Rakesh Roshan and the leading cast of the film Vivek Oberoi, Kangana Ranaut and Krrish himself, Hrithik Roshan, the trailer has set new benchmarks, crossing 3.2 million views on YouTube in 36 hours of its launch. To date the trailer is set to surpass a record 6 million views! That’s pretty impressive if you ask me!

Audiences are in for a triple treat with Krrish 3 as India’s most critically acclaimed and fan-adorned, multi-faceted artist, Hrithik Roshan, will be seen playing a triple role in the film, that of Rohit (Krrish’s father), Krishna (alter ego of Krrish) and Krrish (the superhero). Will Krrish be able to compete like the rest of the superhero films? Hrithik Roshan  also toured into Baroda that the crowd was so massive, security was unable to cope! Check out the photos below from the tour in Baroda! 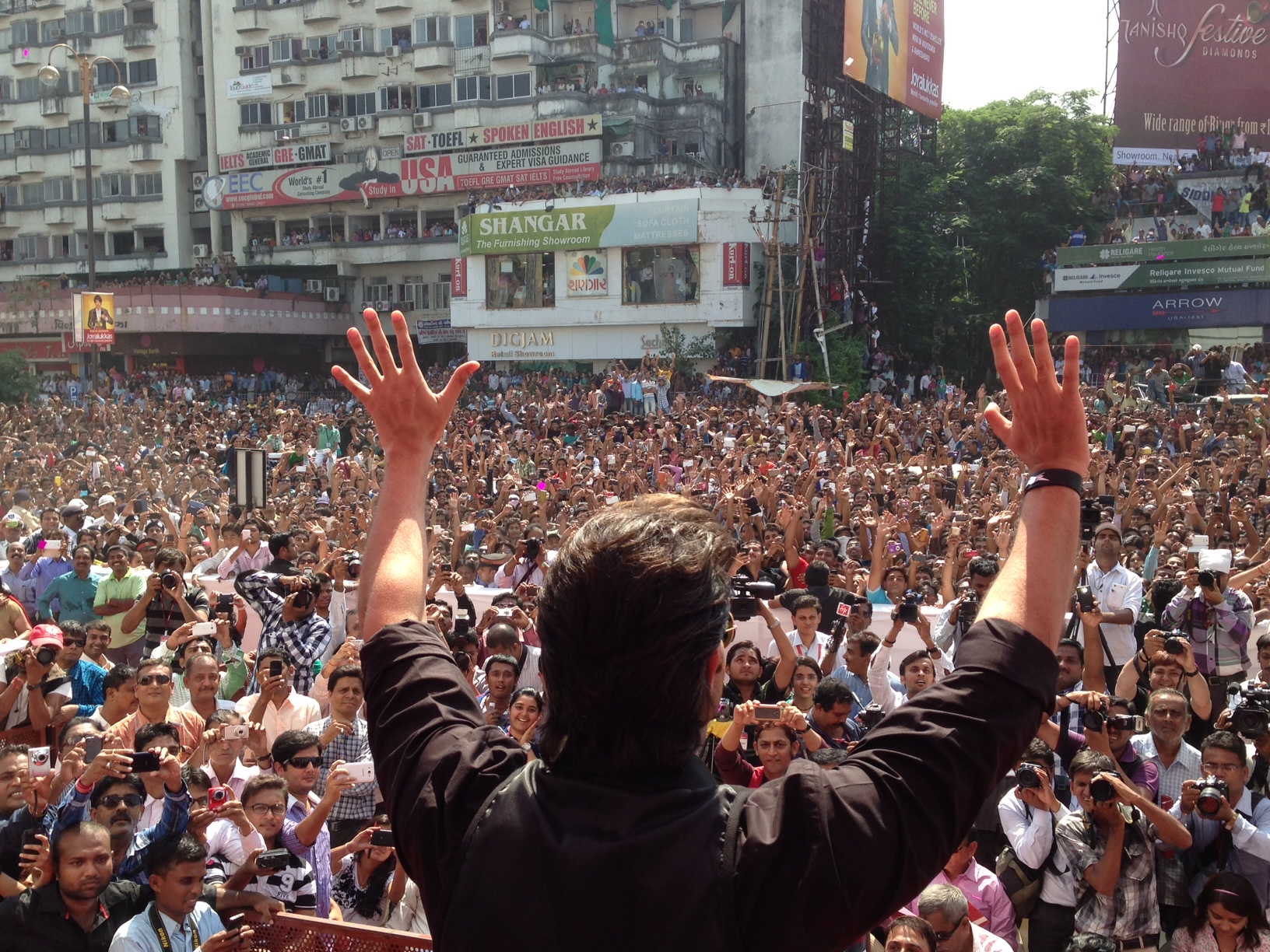 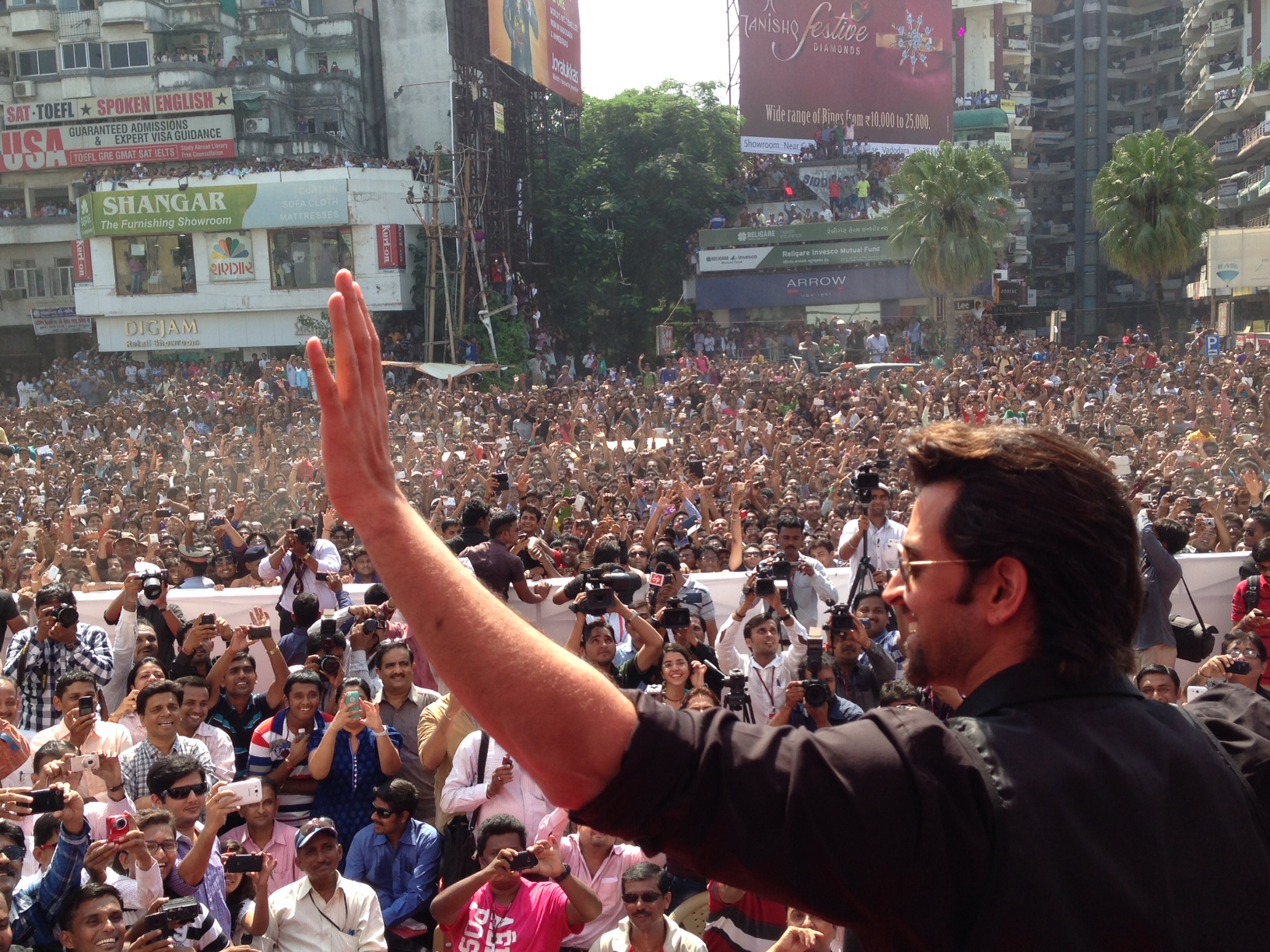 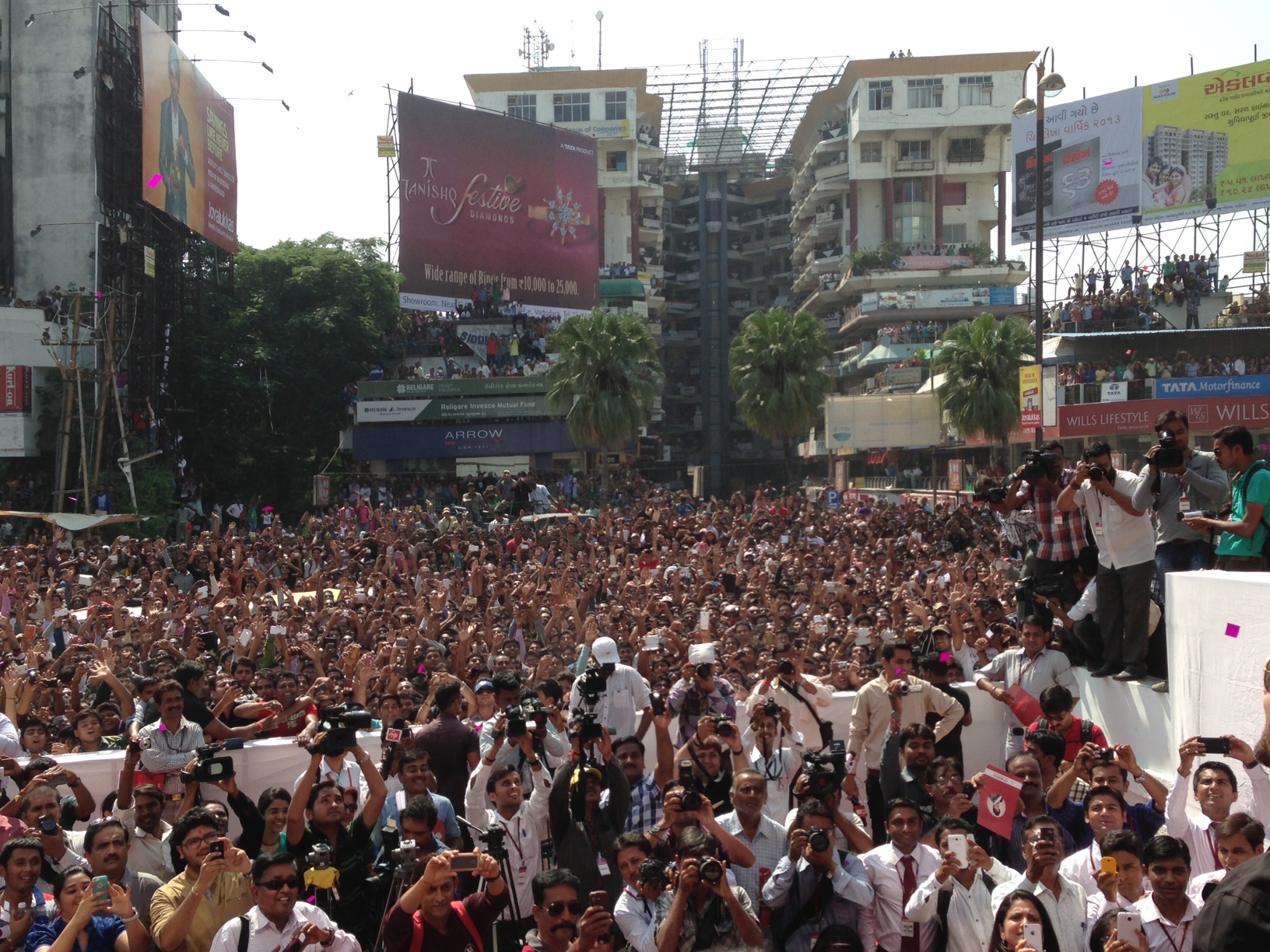 Rakesh Roshan was excited to launch the trailer of the film as commented saying:

“The first look decides the fate of the film. Many special effects have been used in the film. Given our budget, I feel we have done our best.”

“Krrish 3 involves me in three various roles definitely making it a challenging film.”

“Setting a benchmark, Krrish 3 now has a bigger challenge”

“Krrish 3 has an audience for everyone, whether children, grandparents or families. Krrish 3 is now bigger and better”

‘Krrish 3’ will be released during the festive season of Diwali 2013 which is out this Friday!