Ready 1 2 3 4………… We have, exclusive to UrbanAsian an interveiw with the one and only Popsy! Popsy has come back with a bang with his long awaited album “Hyper” an album jam packed with dancefloor hits!  Lead Keyboardist for the Crown Prince of Bhangra Jazzy B, Popsy is back after 5 years to entertain his fans once again. 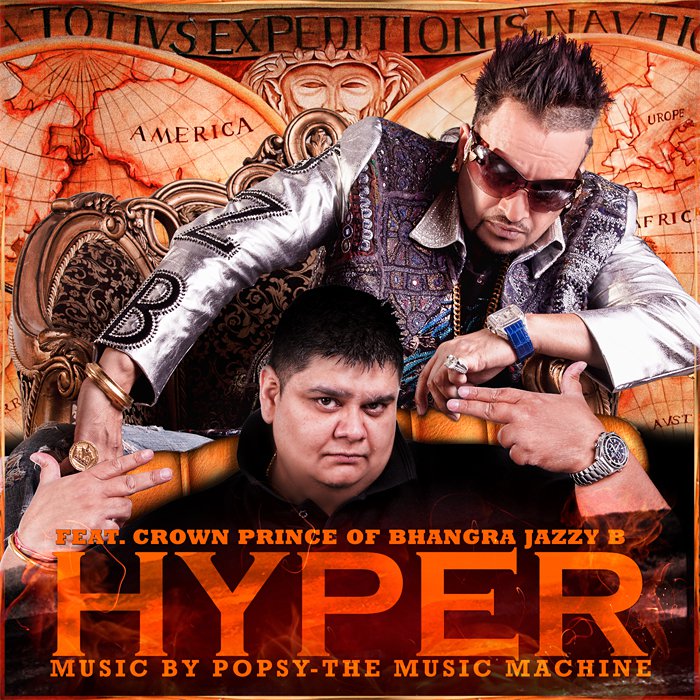 Hyper, the phenomenal 10 track album is out now on iTunes so make sure you buy it and enjoy each and every track! My favourite has to be “Naag 2” featuring Jazzy B!

I caught up with the amazing Music Machine himself and now here it is! The Exclusive interview with Pops:

POPSY: I haven’t been hiding! I was on tour with Jazzy B and the boys. Then started producing hyper album took 18/19 months which wasn’t anticipated to take this long but I wanted the album to live up to its name therefore had to have the right tracks! Its Hyped, kept it strictly Desi and are dancefloor hits!

KIRAN: What are the meanings behind your album titles?

POPSY: Well as you may know I am not a small bloke! I was in studio doing my first album and a friend said to me “this is heavy duty, your heavy duty” that’s how I got the name for that album, Jassi Sidhu titled my 2nd album Larger than life again happend in studio, my albums been named mostly by me or family and friends, Shinda Paaji (Sukhshinder Shinda) came into studio to record percussion for my 3rd album and I kept saying “this is bangin” so decided to call the album “Bangin” and hyper came about because I kept saying throughout I want this album to be hyper so it got its name “Hyper”…

KIRAN: Does Popsy experiment with music genres like give it twists like R n B, Hip Hop or is Popsy dedicated to Bhangra?

POPSY: I LOVE REGGAE, I love Bollywood/Hindi music and I am experimenting with other genres, I am working with young artists in the UK and India trying different styles however not a fan of Hip Hop and RnB. 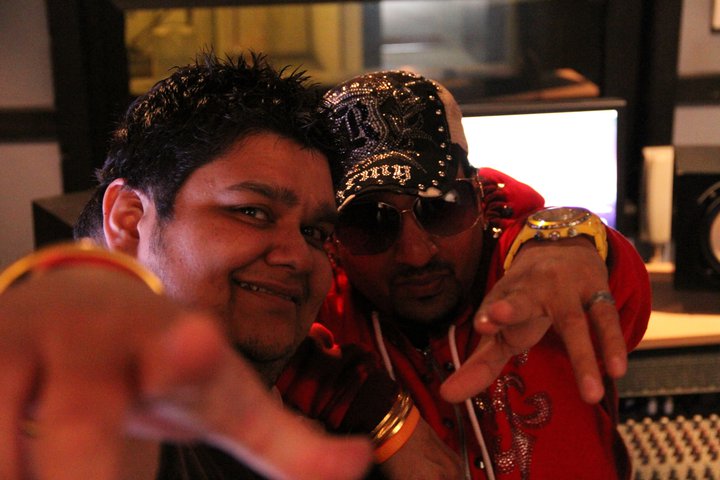 KIRAN: Have you used any new/fresh or unique talent in the album?

POPSY: Yes, I saw an artist on “Sa Re Ga Ma Pa” (Music talent show on Zee TV) Raja Hassan and I loved his voice it took me afew months to get ho

ld of him but I managed to get hold of his management and we agreed on him singing o the album, it was his first time singing in the British Bhangra, ant sort of Bhangra in that matter, we are good friends and looking forward to do more work with him. Lucky Sidhu (Runner up on BritAsia talent show, “BritAsia Superstar”) who sang “Soniye” in the album and also Simran Goraya, When I heard his voiced was captivating and unique.

KIRAN: Do you have any advise/words of wisdom for up and coming artists or people who want to be out there?

POPSY: It seems easy when you see what’s happening from afar but now Asian music industry is getting  expensive and competitive, just be careful don’t waste money, not trying to put anyone off, take advise from an experienced figure, if your talent shines people will approach.

KIRAN: What are your future plans any aims/goals? Anymore albums or introducing any new artists?

POPSY: Working with new and old artists I am searching for new talent so if there’s anyone out there who’s got what it takes than do get in touch! I also am working religious album coming out for Vaisakhi 2011 which is a rollercoaster journey of religious hymns (Kirtan).

KIRAN: Out of all the work you have done so far music wise, what has been your most favourite/memorable?

POPSY: My most memorable would be working with my childhood favourite band ‘Premi’ I used to go to watch their concerts as a kid and they where brilliant, it was finally amazing to have them in studio and it was nice to share moments with them. Another memory of mine was in Toronto, Canada where we done a show in Wonderland in front of 66 thousand people breaking records from Michael Jacksons concert which had a 65 thousand fans. It was an amazing feeling I have never felt so nervous leading my band onto stage wanted to push someone else in front!

KIRAN: As a producer do you think you’ve accomplished or do you have more to show your fans?

POPSY: I wouldn’t say I am accomplished, not even a drop in the ocean. I am constantly learning, nothing is ever perfect I thrive to improve; I think my music matures with me.

KIRAN: Do you have a website or Facebook/twitter page where your fans can keep updated?

Just for fun, fill in these blanks:

If you have musical talent (vocalist, artist) Popsy is interested in you! Email Popsy with your samples on info@popsymusic.com

Had fun? Heads up guys! There are 8 Music videos coming out for th

is album so keep a watch out! Follow Popsy and watch BritAsia!

Dont forget guys “Hyper” OUT NOW on iTunes its a MUST BUY so go one and treat yourself! follow this link: http://itunes.apple.com/gb/album/hyper/id404289105