So far, 2017 for Bollywood has been filled with lots of drama and action flicks and very little romance. The team of Shashank Khaitan, Karan Johar, Alia Bhatt, and Varun Dhawan returns to the silver screen with Badrinath Ki Dulhania, the much-anticipated part two of the Humpty Sharma Ki Dulhania franchise. A complete package entertainer, Badrinath Ki Dulhania is a typical romantic-comedy that focuses on two main characters – Badrinath Bansal (Varun Dhawan) and Vaidehi Trivedi (Alia Bhatt) – and the marriage-related politics in their families and communities. 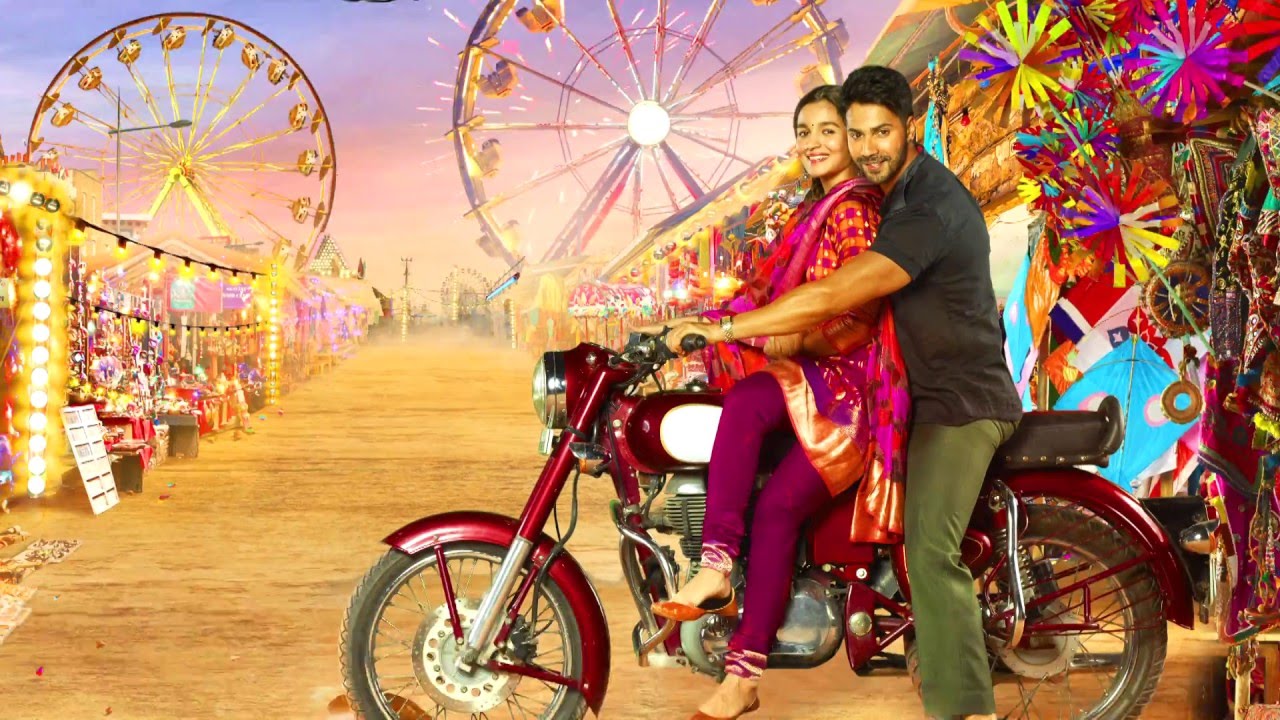 This film is uniquely set in the rural small towns of Kota and Jhansi, amidst the backdrop of middle-class family weddings and dowry politics. Although director Shashank Khaitan’s social message of gender discrimination is not new, it has been packaged in a different way to showcase how these issues still affect classes of society in certain parts of India. As a film (re)viewer far removed from dowry-related politics in India, I can only hope that those who need to see this film for that message understand the filmmaker’s critical undertone about the treatment of girl children in India. 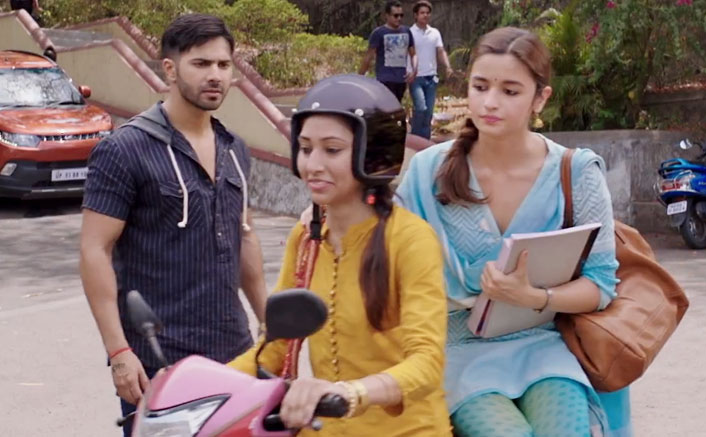 Badrinath Ki Dulhania is a very colorful movie, and the vibrant colors are only magnified on the big screen. From bright pinks and blues to subtle purples and yellows, the visuals in this film capture almost every color of the rainbow and beyond. A great way to kick of Holi celebrations! Alia Bhatt’s outfits as Vaidehi Trivedi are gorgeous, with different looks for each location that stay true to her character. 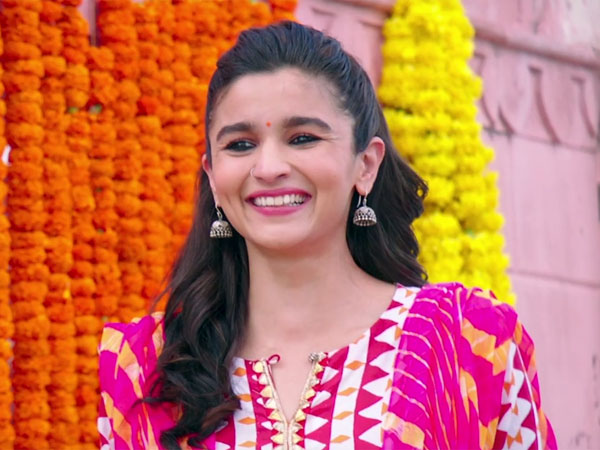 Almost every person in this film – Badri, Vaidehi, Somdev (Sahil Vaid), and all the family members – goes through a unique journey, with their own struggles and challenges along the way. In 2 hours and 20 minutes, it is only possible to get glimpses of each journey, but this leaves the emotional core of the film hanging and not very deep. Viewers may not be able to fully empathize with the struggles of any one character, including Badri and Vaidehi, whose emotions seem to be explored at a surface-level. The film’s editing, particularly in the second half, could have been more crisp. No matter how much Badri’s acts of aggression reflect his internal struggles, it becomes tough to watch him repeatedly act out his aggressive impulses, that too in Singapore, a nation with strict law enforcement policies. 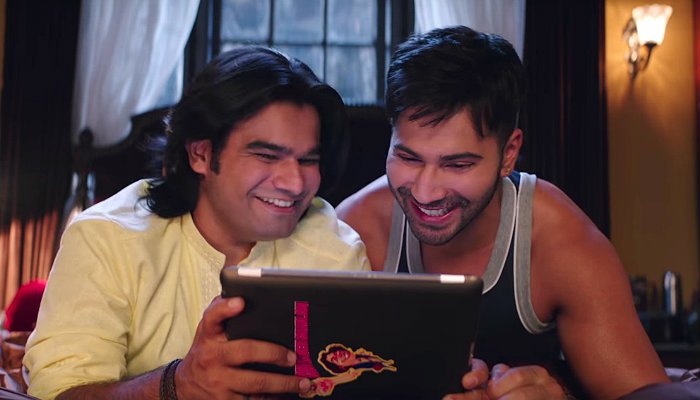 One of Badrinath Ki Dulhania’s strengths is its dialogues and the actors’ comic timing. Varun Dhawan has proven himself in comedy and his chemistry with Sahil Vaid in this flick is lovely. Alia Bhatt is an excellent actor who can do justice to just about any role she is given, and she excels alongside Varun as a rebellious, self-confident career woman. The lead pair’s regional dialect and accents seemed authentic, helping viewers see them not as as Varun and Alia but as Badri and Vaidehi. Kudos to all the choreographers for the catchy dance numbers in this flick; my personal favorite – Ganesh Acharya’s choreography for Aashiq Surrender Hua!

Final Verdict: Romance, drama, comedy, action, and a social message. This film has all the ingredients for a superhit masala Bollywood flick. Badrinath Ki Dulhania is surely a refreshing start to Spring and the 2017 upcoming season of Bollywood rom-coms. A nice pleasant watch that will make you feel good!