It is said that, the innocence of celebrating the festival as kids can never really be forgotten. As Holi is just around the corner, we got in touch with a few popular actors to know what they are planning to do on Holi and share fond childhood memories associated with the festival.

Dashing Namish Taneja, who was last seen in ‘Swaragini’ said,

“Me and my family always celebrate Holi with pomp & gaiety. As now my parents are shifted from Delhi to Mumbai, so this time we will play Holi with much more vehemence and fervor. We have planned for a beach party. My mom is an awesome cook and she makes amazing Gujiya. We already told her to make lots of Gujiya’s this time, so that I can unapologetically gorge on them.” 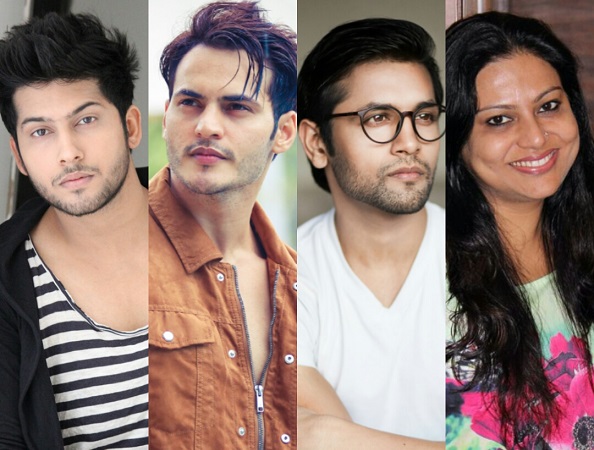 Talking about his childhood memories, the actor said,

“I once threw a water balloon on a girl, who is going to the office. She started yelling, while we shamelessly continued to throw balloons on her. She got so irritated, that came to our home to complaint against me. Somehow, I managed to convince my mom that someone else is the culprit.”

Hot and suave Jodha Akbar actor Ravi Bhatia is currently shooting for international shows in Indonesia, so he won’t be able to celebrate Holi this time. Sharing his childhood memory, the actor, who recently realized trilingual music single quipped,

“For us Holi was no less than a war. Our colony had rival gangs, who used to ganged up against each other and leave no stone unturned to defeat each other. No matter how early we ran out of water balloons and colors, our ‘holi-war’ used to last till the sun went down. With eggs, rotten tomatoes and sludge, we made sure our arms and ammunitions never ended.”

“I will be spending quality time with my family. As they are a foodie like me, so I have planned to cook some delicious exotic dishes for them. To play the Holi, we will be going to a resort outside Mumbai.”

“I have spent my childhood in Lucknow. All the children of our colony used to come together and celebrate the festival like one big family. After playing with colors for the entire day, we used to dress up in the evening and go out along with our parents to meet our friends and relatives,”

said the actress, who had earlier did the shows like Pavitra Rishta, Bhagyalakshmi, Balika Vadhu.

“I don’t play Holi in Mumbai as most of my friends are in my hometown Delhi. But this time, I am planning a small get together at home. We will dance crazily and gorge on delicious Holi snacks.”

“When I was a kid, I used to be enthusiastic about celebrating Holi. I used to wake up early in the morning, so that I can fill up lots of water balloons, which were used as torpedos. I remember, once I hit the balloon directly on the head of a bald man from the 7th floor, after which he created a lot of hungama.”