India’s leading Entertainment agency- Wizcraft International ever since its inception has been a trailblazer in the Industry for bringing thematic experiences to life through the use of innovative technologies, evolving production skills and creativity in all spheres. Wizcraft International so far has produced a myriad number of events that have revolutionized the field with its expertise and execution. One such brand is none other than the prestigious International Indian Film Academy (IIFA) Awards & Weekend. A massive undertaking that celebrates the Best of Bollywood and taking Indian culture to the world, Wizcraft in the past 17 editions has made the world fall in love with Bollywood through IIFA celebration.

The new interactive zone was officiated by Bollywood star and Friend of IIFA, Anil Kapoor, a 5-time IIFA Awards winner as he unveiling his wax figure from Slumdog Millionaire. This is the first time the figure will be shown to the public in a Madame Tussauds attraction. His figure will be in Singapore for a limited period only, before he will be featured in Madame Tussauds Delhi, due to open soon in 2017.

Commenting on the occasion, renowned actor Anil Kapoor said, “It is an incredible honor to unveil my wax figure from Slumdog Millionaire at the world’s first interactive IIFA Awards Experience in Singapore at the iconic Madame Tussauds. It’s a great way to connect with the fans globally and I am grateful to Wizcraft and Madame Tussauds for creating a perfect culmination of all the best things IIFA has to offer.”

Anil Kapoor was all animated at the event and here’s the proof:

I just had to pose!! It's so cool!! I love it! @MTsSingapore, this is just an amazing & humbling experience! Thank you! pic.twitter.com/GmcBw3Wbxk

The new interactive zone is designed and produced by Wizcraft International for fans of Bollywood who can now immerse themselves in the glitz and glamour surrounding the biggest celebration of India Cinema, the IIFA Awards Experience in Singapore at Madame Tussauds, the world’s most popular wax attraction.

Commenting on the occasion, Andre Timmins, Director- Wizcraft International, the producers and creator of the IIFA movement said, “The international success of Bollywood has bolstered the popularity of the IIFA Awards around the world. We are proud to partner with Madame Tussauds Singapore to bring to life this entertaining awards experience. Now fans do not have to wait once a year to experience IIFA.”

Conceptualized and produced by Wizcraft International Entertainment Pvt. Ltd. and supported by the key members of the Indian film fraternity, IIFA is dedicated to building bridges across cinema, businesses, communities and nations, creating everyone’s dream: “One People. One World”. The IIFA Awards honour both artistic and technical excellence of professionals in Bollywood, the Hindi language film industry.

With the launch of the IIFA Awards Experience, fans can interact with Bollywood favourites Amitabh Bachchan, Shah Rukh Khan, Aishwarya Rai, Kareena Kapoor, Madhuri Dixit and Hrithik Roshan. Madame Tussauds will continue to grow the ultimate Bollywood experience by adding newcomers and old-time favourites to the collection in the near future. 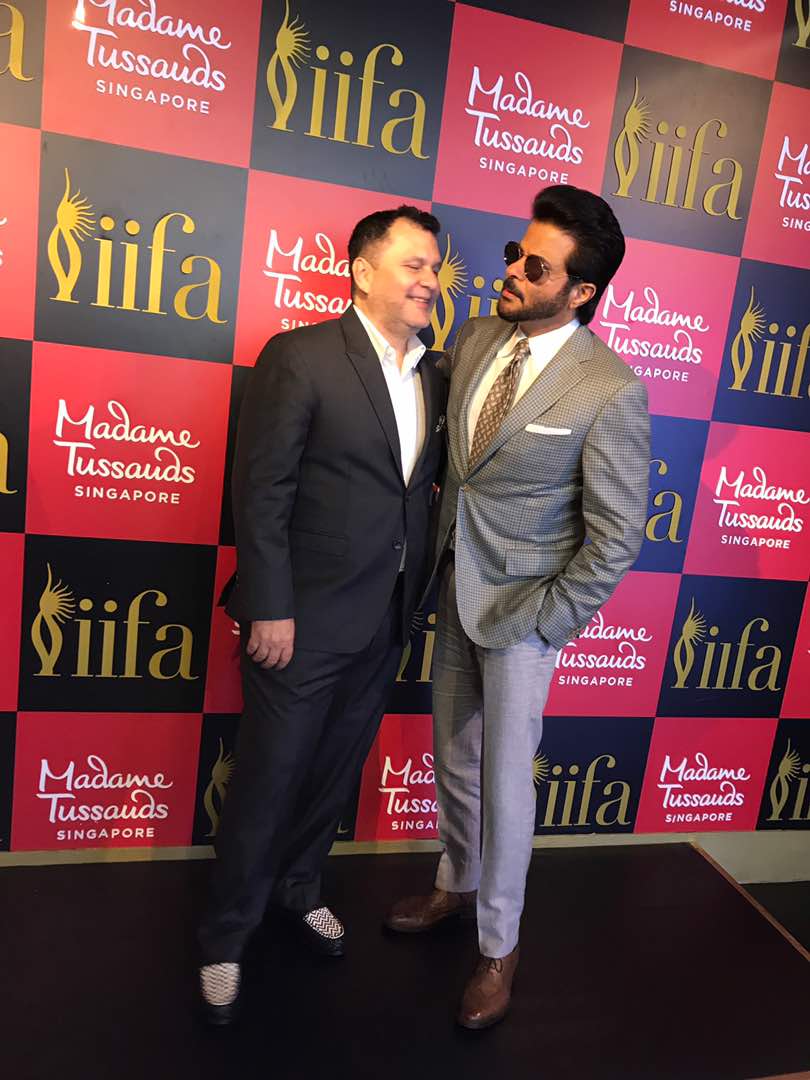 Lights, Camera, Action! IIFA Awards’ famous arrival green carpet has been installed at Madame Tussauds for guests to immerse themselves in the razzmatazz of Bollywood from the moment they arrive, as paparazzi shots go off around them. Take the opportunity to take a photo alongside Bollywood stalwart and Jhalak Dikhhla Jaa dance reality host, Madhuri Dixit. 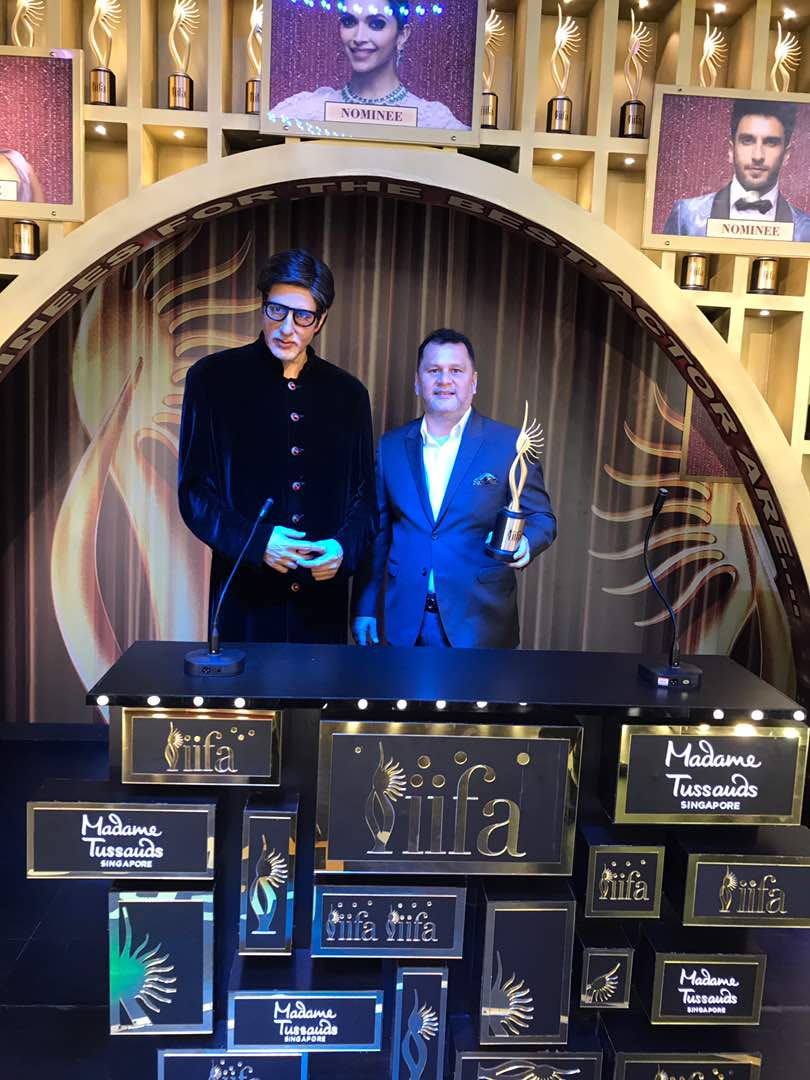 Be a cover star

The IIFA Awards is known for its iconic moments both on and off the stage. Now guests of Madame Tussauds can step into the limelight and on to the front cover with Shah Rukh Khan, the media-crowned ‘King of Bollywood’ and one of Newsweek’s 50 most powerful people in the world, while Kareena Kapoor will take you back to unforgettable IIFA Awards moments. 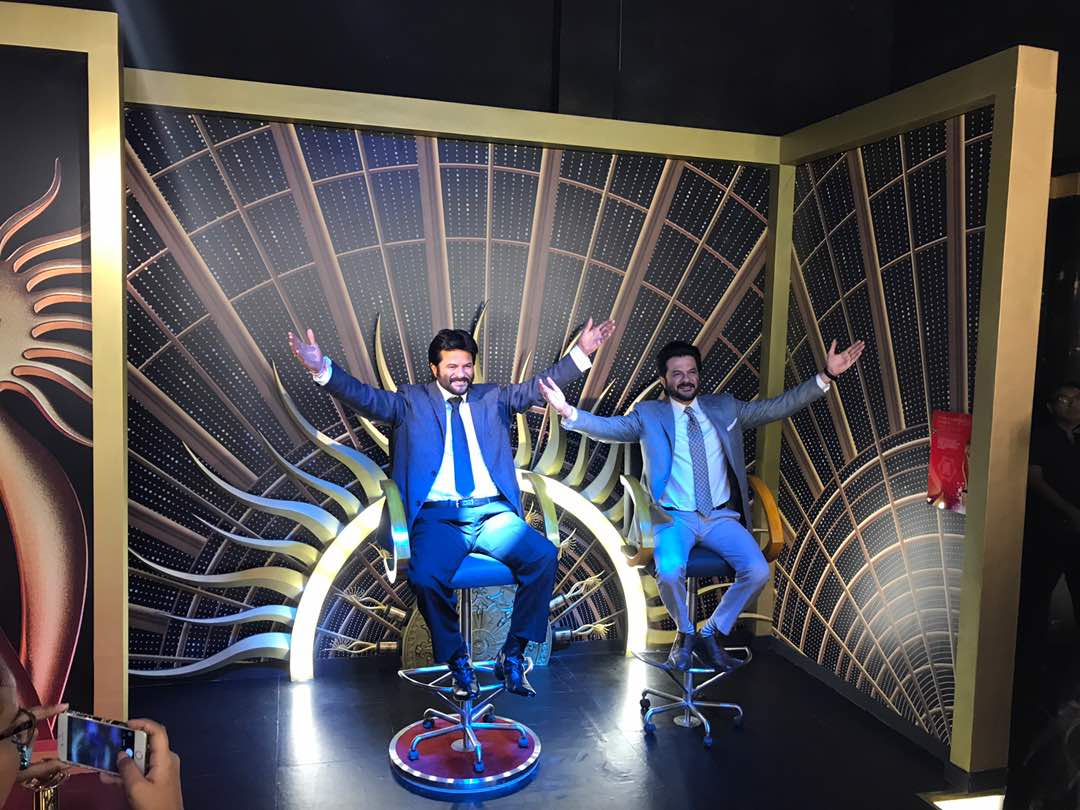 Dance to the beat

Ever been mesmerised by the interval dance performances at the IIFA Awards? What could be more interactive than harnessing the power of augmented reality to appear on stage with your very own backup dancers? While on stage, take the opportunity to have your photograph taken with Hrithik Roshan, known for his grace and smooth dance moves. 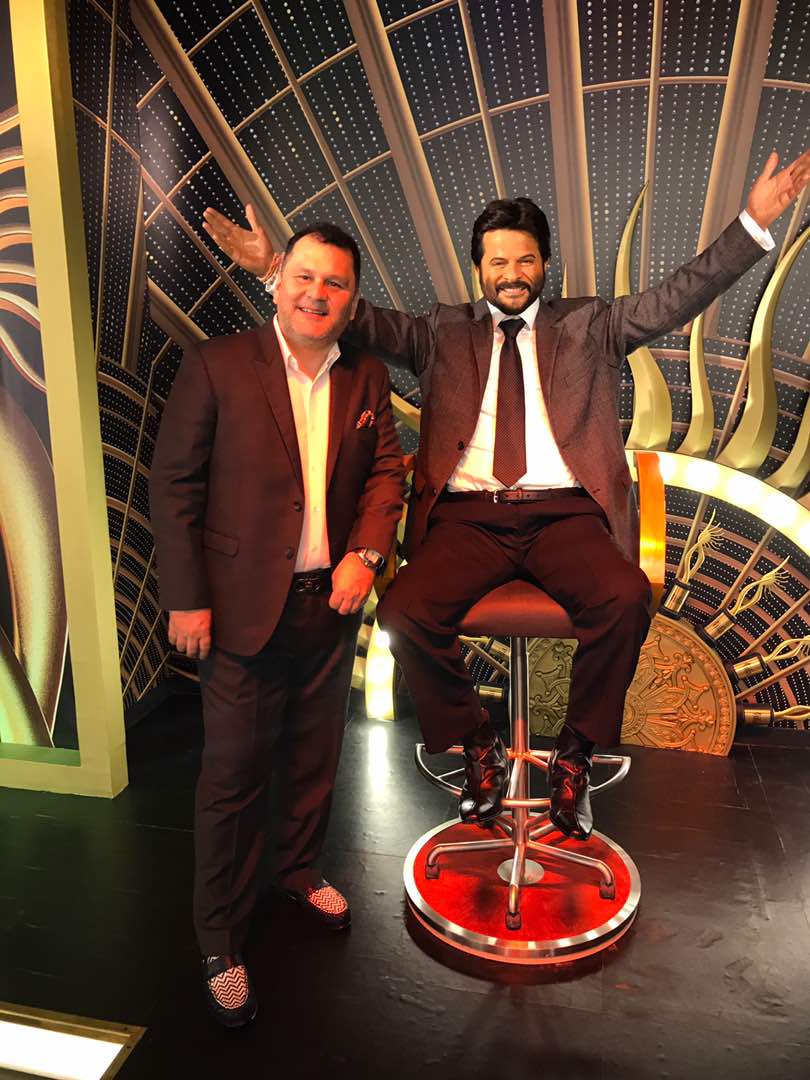 Most people have practiced their ‘acceptance’ speech at some point in their lives.  Now guests will get the chance to be one of five nominees, stepping up to the stage to accept their awards and enjoy their photo moment with two of Bollywood’s most influential and prolific actors, Amitabh Bachchan and Aishwarya Rai.