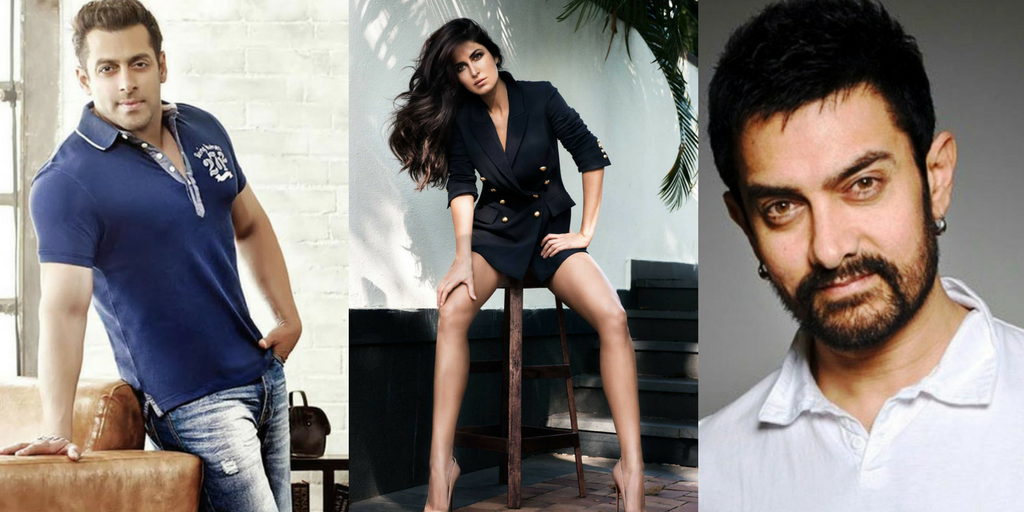 Aamir Khan and Amitabh Bachchan‘s ‘Thugs of Hindostan’ is currently the talk of the town.  While the actors have been finalized and Aamir has started his prep work too, the lead heroines have not been finalized yet. After Vaani Kapoor, Alia Bhatt, Sara Ali Khan, Shraddha Kapoor now another actress has joined the race. Well, it’s none other than Katrina Kaif.

According to reports Katrina is also being considered for ‘Thugs of Hindostan’ after Salman Khan recommended her for the part. As a source close to the project revealed:

“Salman wants Katrina to play the heroine opposite Aamir Khan in Thugs of Hindostan and hence, he gave her name as a suggestion to the production house. He has already put in a word as he feels that Thugs will be the perfect film for Katrina to be in after Tiger Zinda Hai. Both the films will obviously give a boost to her career and that’s what the actor wants. However, everything now lies in the hands of Aditya Chopra and Aamir Khan, who will decide on which actress will be a part of the movie.”

We know how Salman is keen to help Katrina get her career back on the right track and that’s what he is trying to do. The actress is already working with Salman in ‘Tiger Zinda Hai’ and now, it looks like she might even bag ‘Thugs of Hindostan’, and luckily for Katrina, ‘Thugs Of Hindostan’ will go on floors after ‘Tiger Zinda Hai’ wraps up and hence she won’t have any date problems.

Well so will Katrina be Aamir’s leading lady in ‘Thugs Of Hindostan’?