Gunn has taken time to share a new photo from behind the scenes of ‘Guardians of the Galaxy Vol. 2′ every day until its May 5 release. His shots have ranged from Dave Bautista as Drax getting slimed to the actors just relaxing in their dressing rooms to goofing off between takes with Michael Rooker in his full Yondu getup. His newest photo shows the team goofing off on sets!

The director shares a new photo from the set of ‘Guardians of the Galaxy Vol. 2′ featuring members of the main cast having some fun between shots. Chris Pratt (Star-Lord) is balancing Zoe Saldana (Gamora) on his back, for whatever reason, while Bautista and Kurt Russell (Ego the Living Planet) look on in amusement. Pom Klementieff (Mantis) appears to be in the background.

Check it out here: 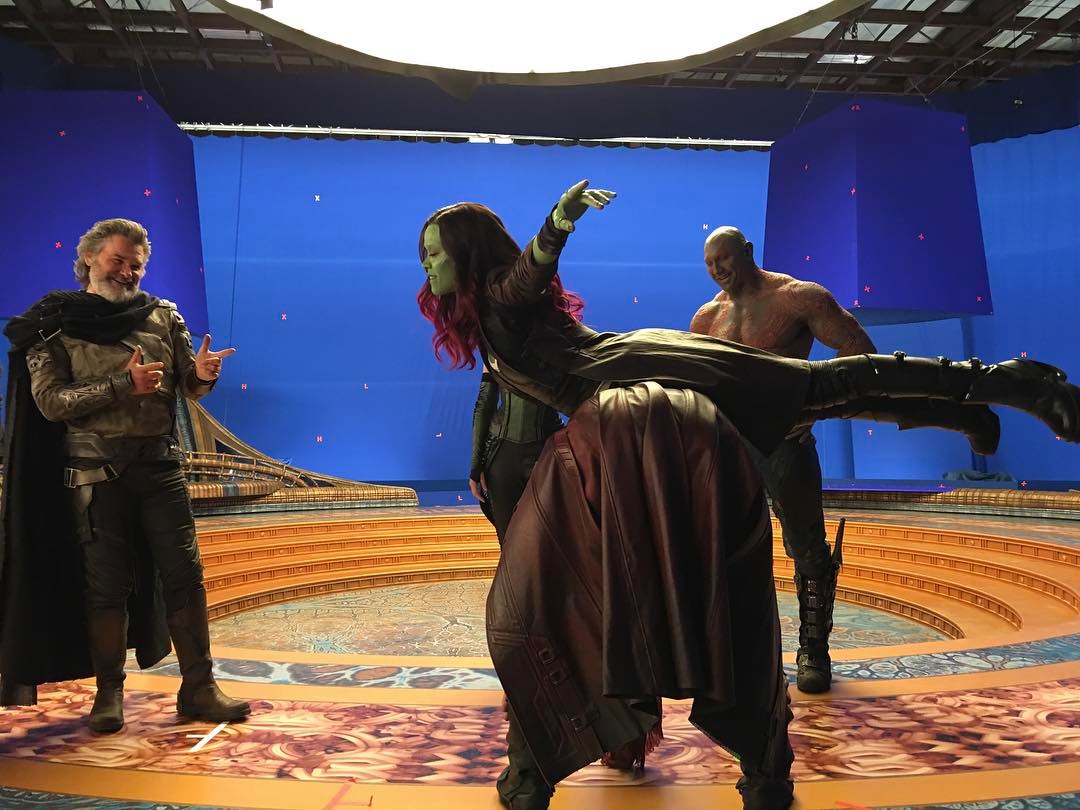 ‘Guardians Of The Galaxy Vol 2’ releases on 5th May.