Sofia Vergara has been cast as the Flamenco Dancer Emoji in the new Emoji Movie.

The Modern Family star, 44, captioned an image of her posing beside the animated character:

“Excited to be Flamenco Dancer in Emoji Movie.” 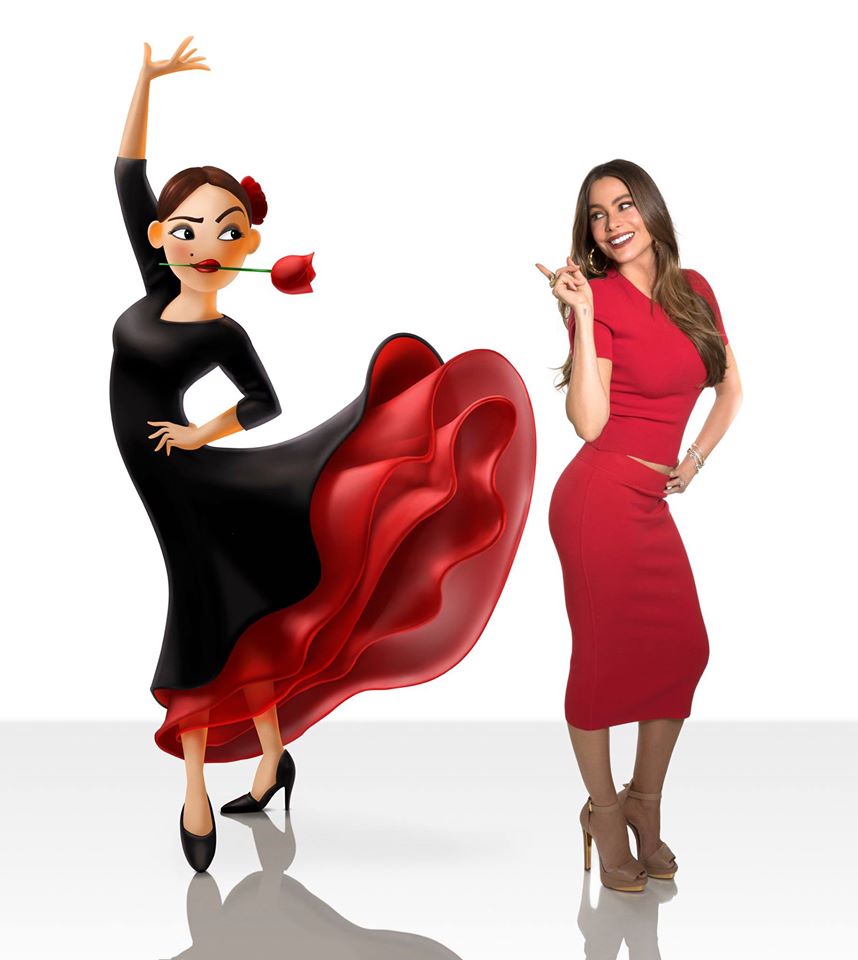 In the film, Vergara and her emoji friends live in the city of Textopolis. All the emojis in town have only one facial expression, except for Gene (voiced by Miller), who was born without a filter and boasts multiple expressions. Determined to fit in with his uni-emotional peers, Gene and his friends embark on an epic adventure through the apps on the smartphone in search of the code that will fix Gene.

Sony Pictures Entertainment India’s ‘The Emoji Movie’ is set to release in India on 11th August, 2017.