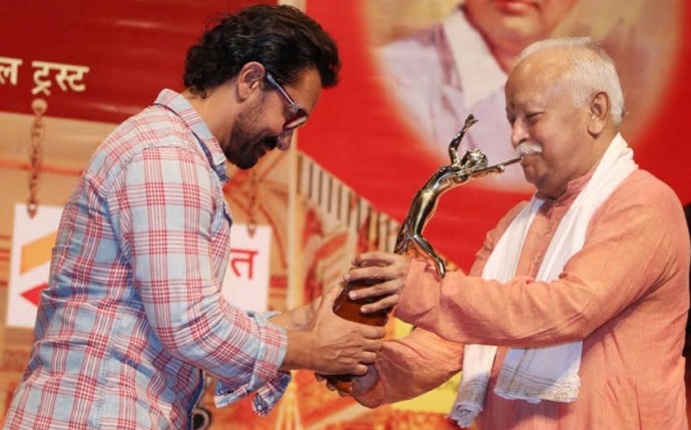 We all know that Aamir Khan doesn’t believe in awards hence he doesn’t attend any of the award functions either. But recently the actor made an exception and accepted the award for ‘Dangal’ at Master Dinanath Mangeshkar Awards. 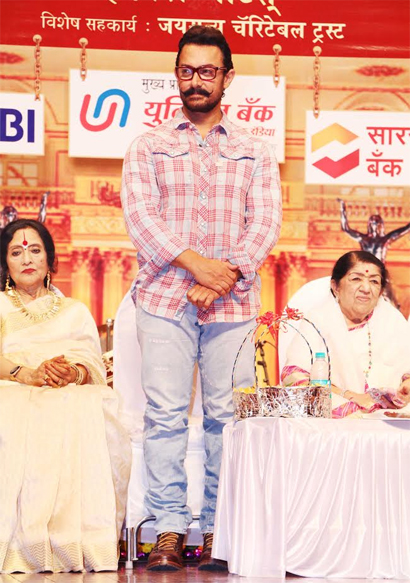 Aamir was present at the ceremony with Nitesh Tiwari, writer-director of ‘Dangal’.

“It’s a very big honour for me and Nitesh. I thank Didi (Lata Mangeshkar) and everyone from the bottom of my heart for the respect that this film has been given. This has only been possible because of the wonderful story that Nitesh has written. I would also like to say that whatever I am today, the whole credit goes to all the writers whose films I have worked in.” 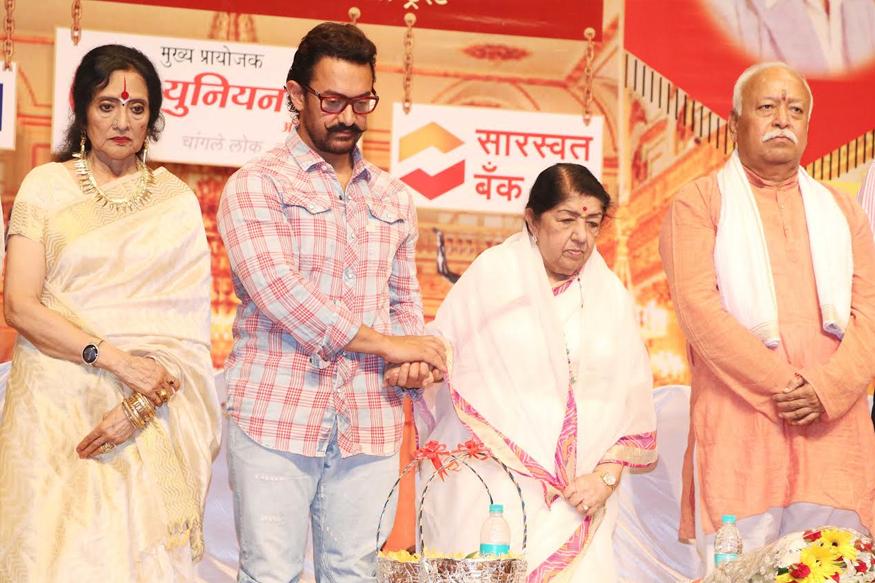 The ‘Dangal’ star was invited by Lata Mangeshkar to attend the Master Dinanath Mangeshkar Awards, held to commemorate her father’s 75th death anniversary. 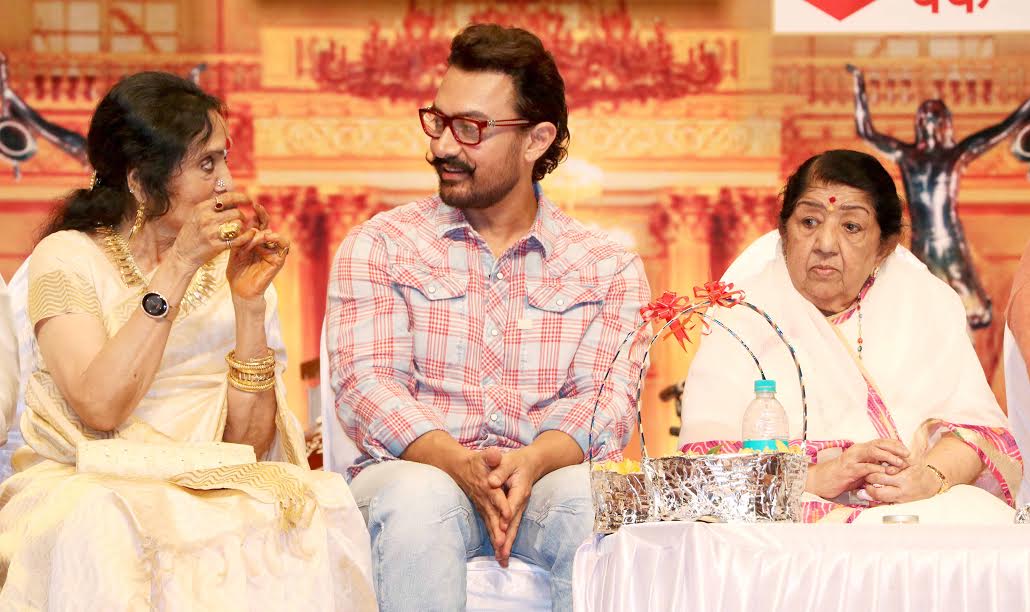 Aamir had last attended an award show 16 years ago at the Academy Awards when ‘Lagaan’ was nominated in the Best Film category.