‘Meri Pyaari Bindu’ has been in news since the release of its first poster. Its fun and quirky trailer had created a buzz all over. Ayushmann Khurrana plays the role of a writer in the movie and Parineeti Chopra plays a singer.

The makers have now released its new poster and it looks colorful and fun! 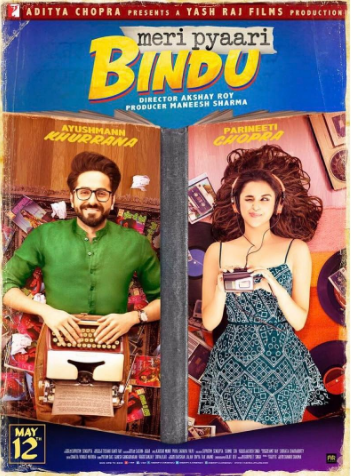 Directed by Akshay Roy, ‘Meri Pyaari Bindu’ is a romantic comedy film scheduled to release on 12th May, 2017.