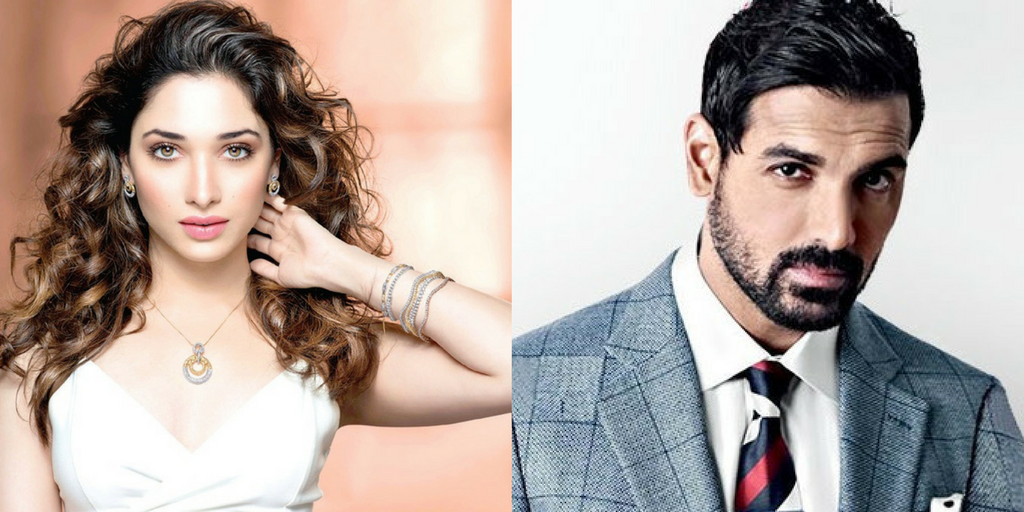 Tamannaah Bhatia was recently seen in Sonu Sood’s bilingual film ‘Tutak Tutak Tutiya’ and now she is currently gearing up for one of the most awaited releases of 2017 – ‘Baahubali 2– The Conclusion’. Besides this, we hear that the actress has signed a Bollywood film starring handsome hunk John Abraham.

John, who was seen in 2016’s releases ‘Dishoom’ and ‘Force 2’, will reprise the role of a cop in this forthcoming venture titled ‘Chor Nikal Ke Bhaaga’. On the other hand, co-producer Prerna Arora revealed that Tamannaah will not be paired opposite John, but another leading man whose details are still kept under wraps. The buzz is that Tamannaah would be seen in the role of an airhostess.

‘Chor Nikal Ke Bhaaga’ will be produced by John Abraham along with Arjun N Kapoor and Raj Kumar Gupta. The film is directed by Amar Kaushik, who had worked as an associate director  to Raj Kumar Gupta in ‘No One Killed Jessica’ and ‘Ghanchakkar’.