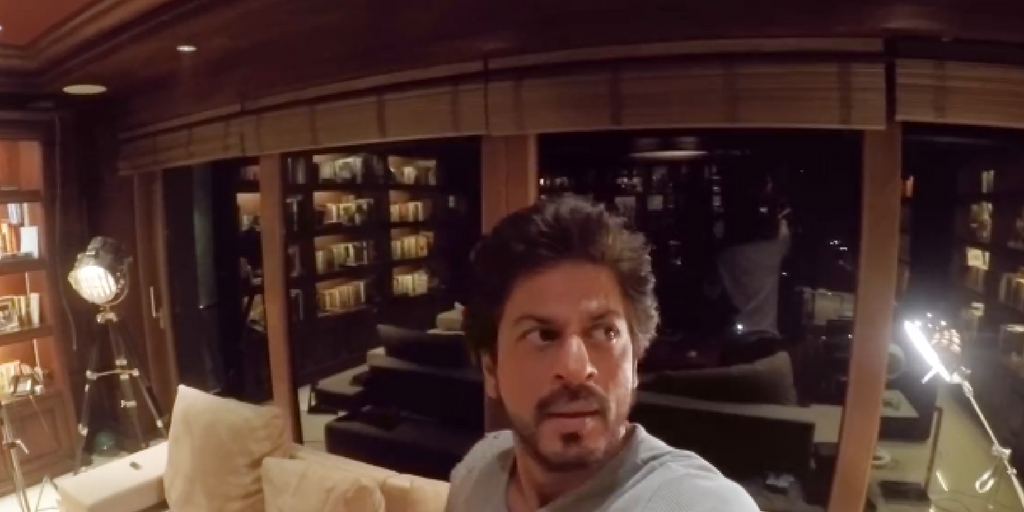 ‘Life of Pi’ actor, Suraj Sharma is not the only one freaking out at Anushka Sharma‘s ghost staring at him. The friendly ghost has added Shah Rukh Khan to the list as well.

Recently, while promoting her upcoming movie, ‘Phillauri’, Anushka’s character, Shashi, the Spirit Bride, walked through the walls of Mannat, the palatial residence of Khan, and met with the Badshah of Bollywood.

The hilarious video shows Shah Rukh being taken aback as he hears a mysterious female voice calling out to him. Bewildered, Shashi introduces herself to him as his biggest fan.

Watch the video as Shashi professes her love to Shah Rukh Khan:

‘Phillauri’ directed by Anshai Lal also stars Diljit Dosanjh and is co-produced by Anushka and her brother Karnesh Sharma‘s Clean Slate Films along with Fox Star Studios and is slated to release on 24th March, 2017.