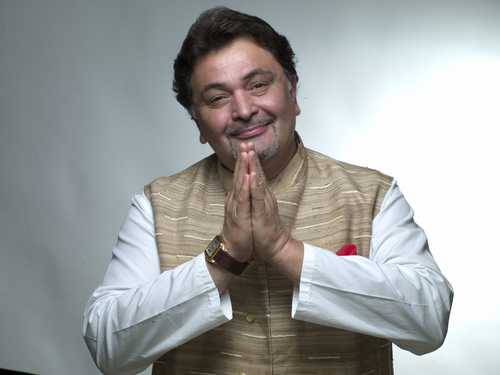 The dispute between Rishi Kapoor and Daffodil Co-operative Housing Society due to the construction work on his Pali Hill land doesn’t seem to be ending anytime soon.

The society has sent him a letter asking him to stall the construction work 10 days ago and now the actor has threatened to sue the society for defamation.

The Daffodil Co-operative Housing Society in its letter claims that Kapoor had illegally sought permits to build a tower on part of its land. Also, that the vibrations from excavation work put their entire structure at risk.

Now what’s interesting is that most society residents have come out in support of the senior actor and claim that the letter was sent out without informing the society members and the residents. They have even urged the secretary and the chairman to apologize to the actor.

“I have already spoken to my lawyers and will be filing a defamation suit against the society for defaming me and doing character assassination. I am a law-abiding citizen and went through the grind like others to obtain permissions. We are aware of a recent builder’s interest in Daffodils. But these are conjectures until proven.”

The residents of Daffodils Society have protested against the chairman and the secretary for sending out the letter without their consent.

“All this was cleared long ago when Rishi Kapoor bought the bungalow. There were some issues and he had written twice to the society to sort out the issues. No one replied at the time. Then why is the society objecting now when he has started the construction? I myself had surveyed the land and he is using only that part of the land which rightfully belongs to him.”

Benny Jacob, another resident, said that society residents were not taken into confidence before sending the letter to Kapoor.

Speaking in support of the actor, Benny said,

“This is not fair. We don’t even know who sent the letter. But we do owe him an apology. We have absolutely no problem with the construction work being carried on in his land.”