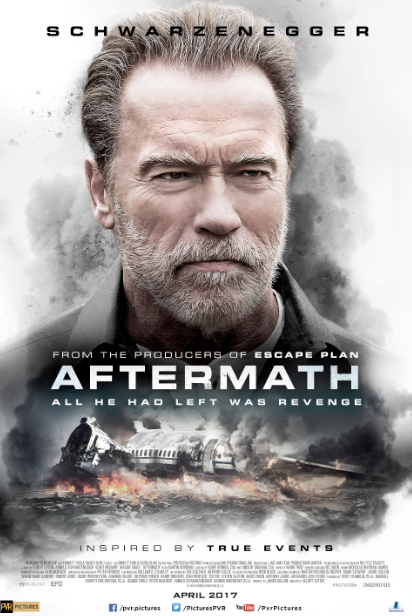 Arnold Schwarzenegger and Maggie Grace (of the ‘Taken’ series fame) will soon be seen sharing screen space in ‘Aftermath’. Inspired by actual events, ‘Aftermath’ is a story of two strangers (Schwarzenegger and Scoot McNairy of ‘Argo’ and ‘Gone Girl’ fame) whose lives become inextricably bound together after a devastating plane crash.

Known for his power packed action roles, Arnold will be seen in a whole new avatar in ‘Aftermath’. Directed by Elliott Lester who is known for his successful television series Blitz, the film shows Arnold as an old father, who’s lost his family in a plane crash. Lester feels the character of Arnold was designed for him.

“At first, you associate Arnold with a certain kind of film, because he is a man who’s grossed 4 billion dollars and had a 35 year career and is the highest paid star in the world, but then I open page one, and I think this is very unusual, and by the end of page 110, you’d gone on this incredible journey with this collection of characters, and at the end of it, there was no one else I felt could play the character of Roman apart from Arnold.”

This nervy revenge thriller is based on the real-life crash of Bashkirian Airlines Flight 2937 and DHL Flight 611. The incident occurred on July 1, 2002, when the two planes crashed into each other in midair over the town of Überlingen, Germany. The nail biting revenge drama is all set to release in India by PVR pictures on April 21, 2017.