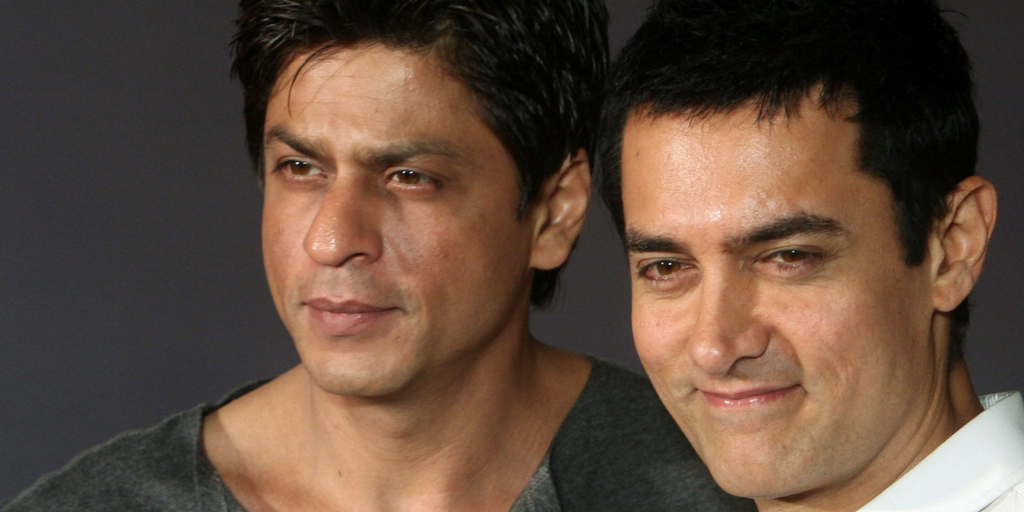 Aamir Khan celebrated his 52nd birthday today like he does every year – thanking the media for always being around to wish him.

“It gives me great joy in the fact that you people celebrate my birthday every year.”

After cutting his cake, the superstar spoke about Shah Rukh Khan and ‘Thugs of Hindostan’ at length.

Aamir’s recent meeting with Shah Rukh Khan and the Netflix CEO Read Hastings had triggered a sensational rumor on the internet about a likely collaboration.

Clarifying the truth behind the rumors, the ‘Dangal’ actor said,

“No. I met him twice in the last few months. Once at Ajay Bijli’s party, where we met after a long time. It felt wonderful spending time with him. Recently, there was a get together. We are just meeting, just as friends. We are meeting casually, haven’t discussed work.”

Aamir will next be seen in a quirky extended cameo in his home production, ‘Secret Superstar’. His next full-fledged appearance will be in Victor Acharya’s ‘Thugs of Hindostan’, in which we will see him alongside Amitabh Bachchan for the very first time.

“I have so much more to learn so much from Amitji. I am really excited that I will be working with him. It will really be a great learning experience, I know that for sure.”